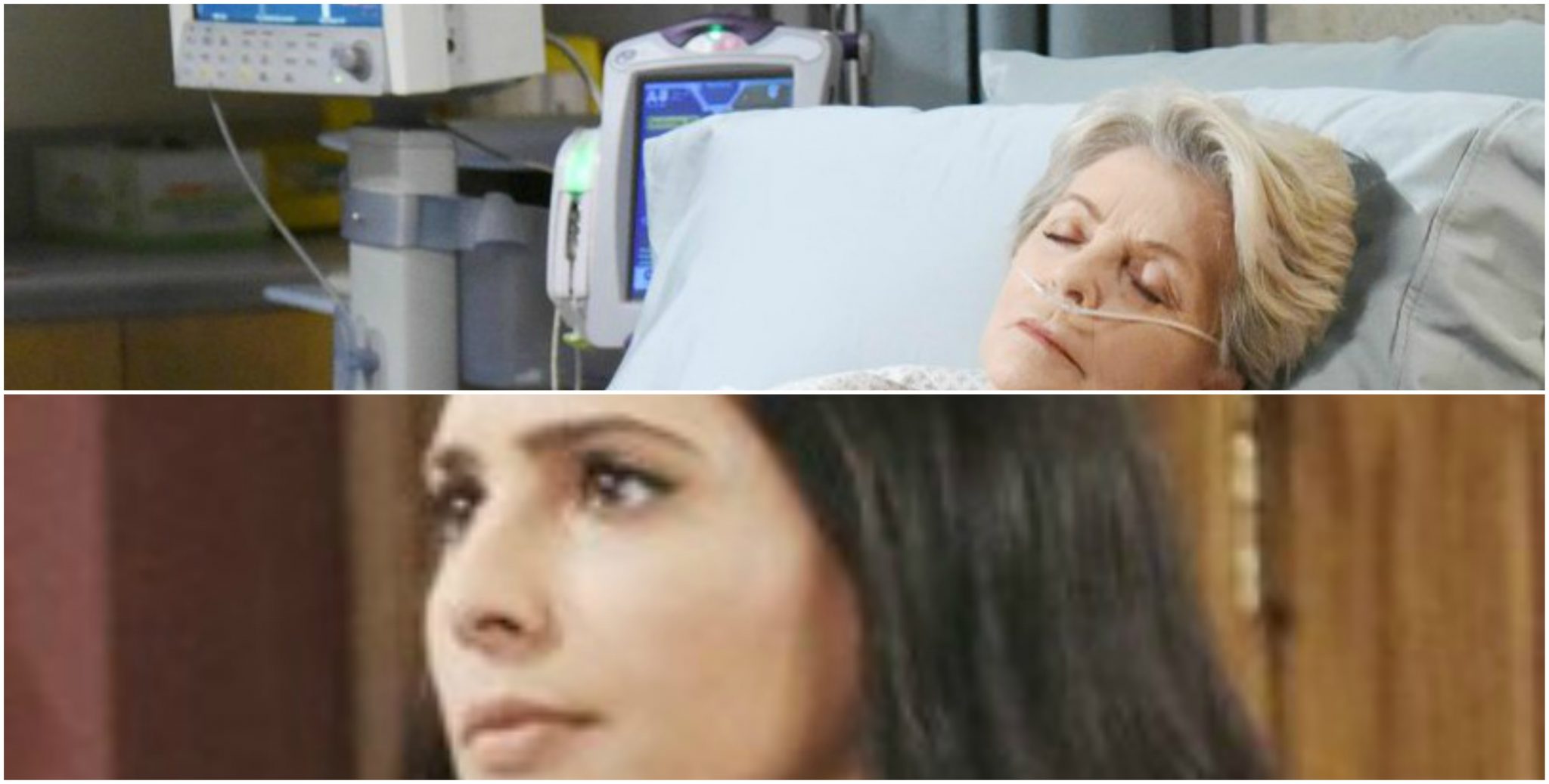 Days of Our Lives once again seamlessly wraps up one story while jump-starting another. Last week, fans saw iconic soap couple Jack (Matthew Ashford) and Jennifer (Melissa Reeves) finally reunite. Jack hit his head and got his memory back.

This week Jack apologizes to ex-wife Eve (Kassie DePavia) for breaking her heart. Speaking of hearts, Julie still needs one. But someone has to die for that to happen. Read on to find out who makes the ultimate sacrifice.

Kristen (Stacy Haiduk) created a master plan to steal Sarah’s (Linsey Godfrey) embryo and pass it off as her own. During the course of the implantation, Dr. Rolf (William Utay) shocked Kristen by telling her she was already pregnant.

As fans know, Kristen had a roll in the hay recently with Brady (Eric Martsolf.) The villainess tells Brady that she has their bun in her oven. His reaction isn’t what she hoped and earns him a slap in the face. Brady confides in Marlena (Deirdre Hall,) which means the rest of Salem will know soon, too.

Days of Our Lives’ Julie Nears Death While Kate Wakes Up

Julie (Susan Seaforth Hayes) prepares for the end as her heart continues to fail. She asks Maggie (Suzanne Rogers) to marry Doug (Bill Hayes) after her death. That may not be necessary, as Lucas (Bryan Datillo) promises Kate’s (Lauren Koslow) heart to Julie.

There’s just one problem. Kate wakes up, thanks to Dr. Rolf. With Kate’s heart already in use, residents of Salem say their goodbyes to Julie. But Days of Our Lives always has a trick or treat for viewers. If it’s not the end for Julie, who is it the end for? The answer will surprise you.

Ciara In Danger: Who Tries To Run Her Down?

With Claire (Olivia Rose Keegan) locked away, Ciara (Victoria Konefal) thought she was out of danger. But Ben’s (Rober Scott Wilson) sister, Jordan (Chrisell Hartley,) is back in town. She recently made a veiled threat to Ben about Ciara being in danger.

This week, Ciara is nearly hit by a car. Did Claire escape or has Jordan set her sights on Ciara?

A Shocking Death On Days of Our Lives – Will Julie Get A Heart?

In a shocking decision, Days of Our Lives is killing off Stefan and letting actor Brandon Barash go. This comes as a surprise because fans are very invested in the romance between Stefan and Gabi (Camila Banus.) Perhaps this was the plan all along when Brandon took over the role from Tyler Christopher.

During Vivian’s (Robin Strasser) attempt to flee town, a gun goes off. Stefan jumps in front of the bullet to protect his mother. Spoilers indicate that Stefan dies. Will Gabi donate his heart to save Julie?

Tune in to Days of Our Lives weekdays on NBC to find out.