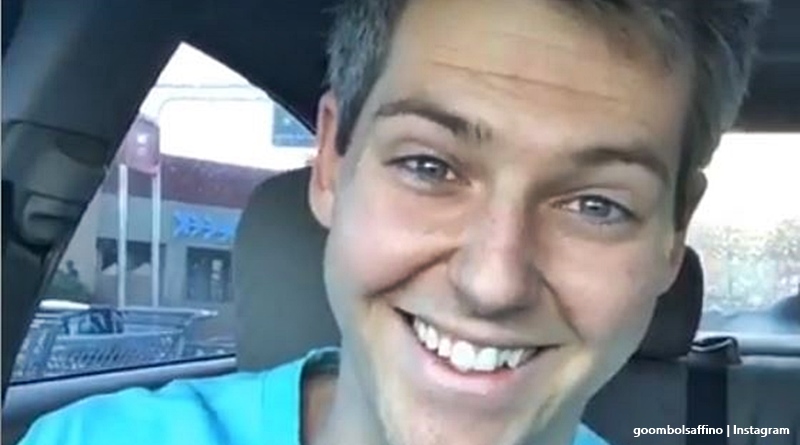 90 Day Fiance fans still show their divisions over Larissa Lims’s ex-boyfriend Eric Nichols. Now, he has gotten his Instagram account verified. Shortly after, he got sassy with trolls. Meanwhile, he managed a dig or two at Larissa. In fact, it seems those who claim he just went after her for five minutes of fame see some caustic comments back at them.

Eric Nichols was only featured a bit in the actual TLC show, during the Tell-All. However, fans knew about him before then, as Larissa made much of her new man. Larissa broke up suddenly with him, and those who like Eric breathed a hefty sigh of relief for him. Meanwhile, Larissa’s many fans went on the attack to say he just used her for five minutes of fame. Now, the resentment about that surged out at Eric, as he announced he finally got verification. And no, they don’t just hand them out to anybody.

Taking to his Instagram, Eric made the announcement. Despite his short showing on 90 Day Fiance, he already racked up 32k followers. His profile changed recently, and he describes himself as, “Making my roundz bigger🛒Single so I’m going on the BACHELOR❤️Natural casual & actual♟90day fiancé (tell all)🗣on TLC -Vegas🏡AlmightyGoombaBabyfood.” On his verification, he just used hashtags, and some of them were amusing. These included: #Verified, #Bluebadged, #loveeveryoneincludingyourx’s, and #NotToBePetty.

Responding to Eric, Colt Johnson’s mom, Mother Debbie popped up. Fans know she’s struggling to get verified. One of the first to congratulate him, she said, “Congratulations, you earned it. Happy for you.” Eric noted that he “didn’t ask for it until [he] went to the verification request section.” Poor Mother Debbie says she tried “four times,” noting she must be “doing something wrong.” Meanwhile, Eric promised her, “I’ll see about helping you soon.”

Things seem very cozy between Eric, Debbie, and Colt since the departure of 90 Day Fiance‘s Larissa from all of their lives. In fact, some critics accuse Eric of getting close so he can have another few minutes of fame. Others think they all found one thing in common to hate. And, others believe it’s all a storyline dreamed up by TLC. Time will tell, so we need to see how it all plays out. In the meantime, trolls amuse themselves, but Eric got quite sassy back at them.

Replying to Eric’s post about verification, 90 Day Fiance trolls cranked into overdrive, but he almost playfully sassed them back. Possibly, it’s easier to just label them trolls but they may mostly be Larissa’s fans.

One follower said they’re convinced he just dated Larissa for the fame. Another agreed, noting, “The way he begged Larissa to stay on the ‘tell all’ when she wanted to stop recording? 😂 he’s like ‘come on it’s almost over’ ‘let’s just get it over with.’ haha he jumped in front of the camera when he could with that goofy/awkward smile 😭.” Eric’s comeback, “let me ask you a question…. do you get paid to do a half a** job or do you get paid to do your job?? 😆👋.” Another 90 Day Fiance troll got thanked for the “police report.”

Eric digs at Larissa as well

Eric, who allegedly wanted five minutes of fame on 90 Day Fiance, is not holding back. He went after Larissa too. He said, ” If I wasn’t the person I am she wouldn’t have dated me to begin with. It was to be a partnership that happened then unhappened thank you. There were things we didn’t ask for from one another but we made the best of it. No one took advantage. Credits are recognized naturally-not used in collateral✌️.” He also said of Larissa, “from everything I saw, all she was looking for was someone who had lots of money to take care of her.” He also noted that they “weren’t meant to be.”

What do you think about Eric Nichols getting sassy with trolls, getting his blue IG verification mark, and Mother Debbie doting on him? Do think he and Larissa are better off apart? Sound off your thoughts in the comments below.