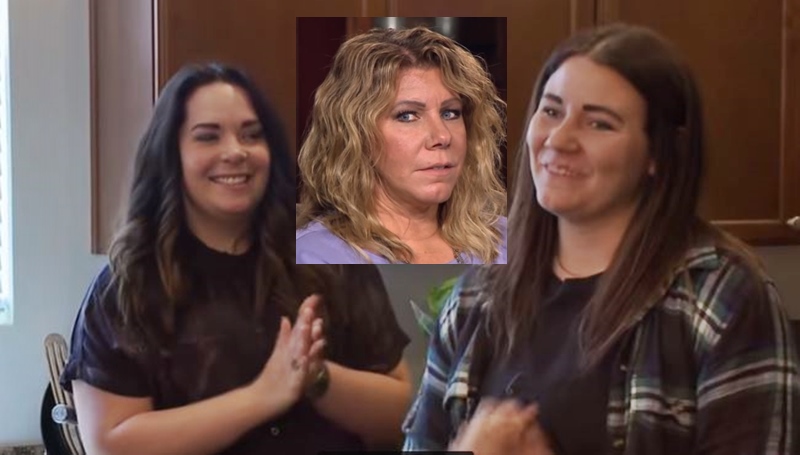 Sister Wives fans can recall the day Mariah came out to her parents, Meri and Kody Brown. In that episode, we saw Meri’s shock. And, guilt because she thought she knew her daughter. Playing the victim a bit, she teared up for a bit.

But, it seems she’s moved on from that now. She shared a very sweet message to Mariah and her fiance Audrey Kriss on National Daughter’s Day.

Meri Brown posted a photo up on Instagram. The selfie shows her, Mariah and Audrey, possibly in Chicago. All three women look very relaxed and happy in each other’s company. She captioned it with, “Happy National Daughters Day to these freaking adorable girls of mine! Love you guys like crazy and am SO proud of who you are and what you stand for!! PS I miss you!”

In the comments, one fan of Sister Wives wrote, “I was so worried about you not accepting your child – so proud of all of you!!”

But, Meri replied with: “No way! Never an issue there!”

Well, ages back, speaking to the cameras, Meri said she always hoped for a son. She envisioned “adopting” Mariah’s future husband “as a son.” Crying over that, saying it’s “not gonna happen,” she certainly seemed upset. But, granted, not upset that Mariah came out, but upset about not becoming part of a more conventional family like Christine’s. Actually, Robyn tried to help Meri get her head around it all.

Robyn thought if Meri could process things, she would get used to the idea a same-gender relationship

Sister Wives fans who hate on Robyn might notice she seemed very genuine in trying to explain to Meri she never lost anything. And, now it looks like Meri’s fully embraced the idea of “adopting” another daughter in Audrey. One fan congratulated Meri for being a good mom. They wrote, “I’m so happy for Mariah and Audrey. They are so sweet together. You’re a great Mom Meri.”

Yet another wrote: “I am so happy for you and so glad that you’ve accepted your girl for who she is!!!”

Actually, while Meri initially had some issues with Mariah coming out, Mariah had issues with her mom’s behavior. It all stemmed back to the Sister Wives catfishing incident. Mariah said she loves her mom a lot, but she sometimes felt she could not cope with talking anymore about the incident. Mariah just wanted it buried in the past, where it belongs. However, eventually, the mom and daughter put that behind them as well. So, all looks well between them now.

Happy National Daughters Day to these freaking adorable girls of mine! Love you guys like crazy and am SO proud of who you are and what you stand for!! PS I miss you! 😊 💙🧡💜💛💚❤ #LivingMyWhy #BecauseICan #NationalDaughtersDay #MyGirls @mariahbrwn @audreykriss

What do you think about the sweet and inclusive message that Meri Brown posted for Mariah on National Daughter’s Day? Do you like that she seems very happy with Audrey in her life as well? Shout out your thoughts in the comments below.