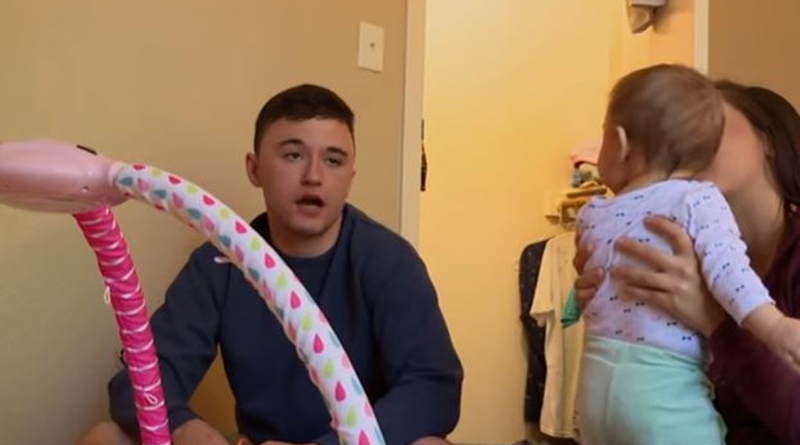 Unexpected Season 2 brought us baby daddy Max Schenzel and Chloe Mendoza. Back at the beginning of the season, TV Shows Ace noted that Chloe’s family does not like Max. We reported on his arrests and criminal history at the time. But, it looks like there’s much more to Max and his run-in’s with the law than we first thought. His legal issues pile up as a new report says that in July, he got arrested for driving with a suspended license. Plus, we already detailed some other arrest warrants.

Starcasm writers have spent a lot amount of time trying to make heads or tails of Max’s various arrests. Plus, the sentences are rather head-scratching. In fact, they dug out the info on the latest arrest that came to light. It came about in July, the outlet noted.

In their report, they said, “Max was booked into Maricopa County Jail on July 17 after pleading guilty to the misdemeanor count. The 19-year-old…looks to have spent no more than a day in custody.” As fans know, that’s nothing for Max, who seems familiar with getting booked.

The Unexpected star, Max, apparently, got “initially stopped just a few blocks from Chloe’s parents’ house on May 7, 2018, at roughly 8:30 pm.”

It took so long to get to court as Max “failed to appear for three separate court hearings regarding the charge.” Max pleaded guilty to the charge, but Starcasm notes they can’t seem to figure out why he got his license suspended in the first place. Before that, another arrest warrant got revealed.

Legal issues pile up for Max

Back in November, TV Shows Ace reported on the main arrest-record story line. We noted, “Max Schenzel, was arrested and charged with burglary for supposedly stealing credit cards and money from his friends’ grandmother who is 77-years old!!”

Additionally: “He actually pleaded guilty in August of 2018.” We also noted this arrest was the second one. But, later on, in September this year, details emerged about another arrest for the Unexpected baby daddy.

The other arrest, previously not known about, involved “drinking underage.” Once more discovered by Starcasm, it involved being caught at “the Wild Horse Pass Casino in Chandler, Arizona.” The incident occurred on July 4. An arrest warrant got issued as he didn’t appear in court. Could TLC tell the cops where to find Max? Then again, maybe he’s already been picked up for that as well.

With Chloe telling Max if he goes to jail, Max can just take down his tent and disappear. One wonders why it took her so long to get around to that. After, all, it seems she’s had plenty of opportunities so far. Certainly, he seems to pile up more and more legal issues, with the new news about being arrested for driving on a suspended license. What do you think? Sound off your thoughts in the comments below.