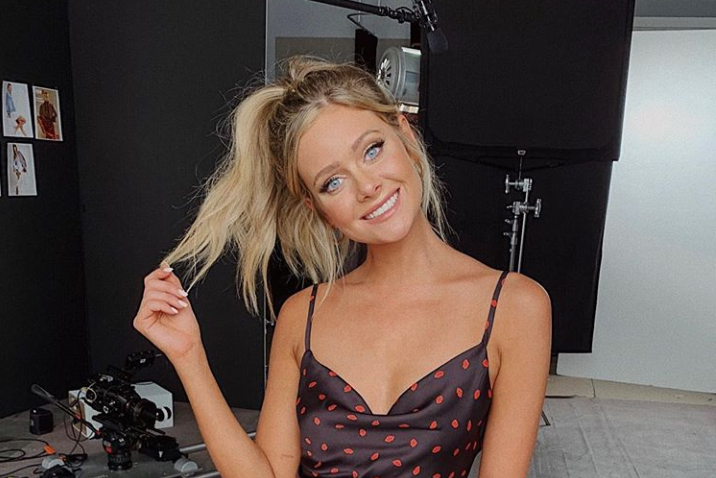 Hannah Godwin’s has a good man in Dylan Barbour. The two are completely over the moon for each other, which is why he wants people to know what she’s really like. He’s coming to her defense and letting the world know Bachelor in Paradise, didn’t show the real her. Dylan said Hannah really like him more than the show let on according to Cosmo. He said all you are hearing right now is that they were engaged after BIP. While the show aired all you saw was a love triangle between Blake Horstmann, Hannah, and Dylan.

After Hannah agreed to go out with Jordan Kimball, she immediately knew she’d made the wrong choice. Dylan said he knew he liked Hannah really early in the game. She stated to the magazine the minute she said yes to Jordan she immediately thought about Dylan. In her head, she told herself she loved him.

you have no clue how much I love you @dylanbarbour 💛

The Bachelor In Paradise Star Gushed About Hannah Godwin

Of course, the show paid more attention to the love triangle and Blake’s antics were the focus for a little while. It made for better television. She said the hours of conversations they had about everything wasn’t really shown on the show. Dylan said they cut out Hannah’s. “entire personality.” Hannah said she doesn’t think they showed how much she was leaning towards him instead of Blake.

About Hannah, Dylan couldn’t stop gushing about his bride to be. He didn’t think the show did her justice and said he felt like viewers thought she was one way, but she wasn’t. He said, “she’s hilarious, sassy, really smart, really driven….. she just blew me away.” The pair, of course, now are ready to get married and spend the rest of their life together. In a Glamour interview, she said, “If you’re not truly being yourself on the show, how can somebody fall in love with you?” She maintains she was herself the whole time, the cameras just didn’t show it.

She said Barbour hit her like a ton of bricks. Hannah said a connection isn’t something you plan, he was just very sweet and the best. The person doing the interview said they were cuddling and making heart-shaped eyes at each other the whole time. That’s all fans really want in their reality TV couples, real love.

Don’t miss watching Peter Weber in January as he tries to find love as The Bachelor 2020.