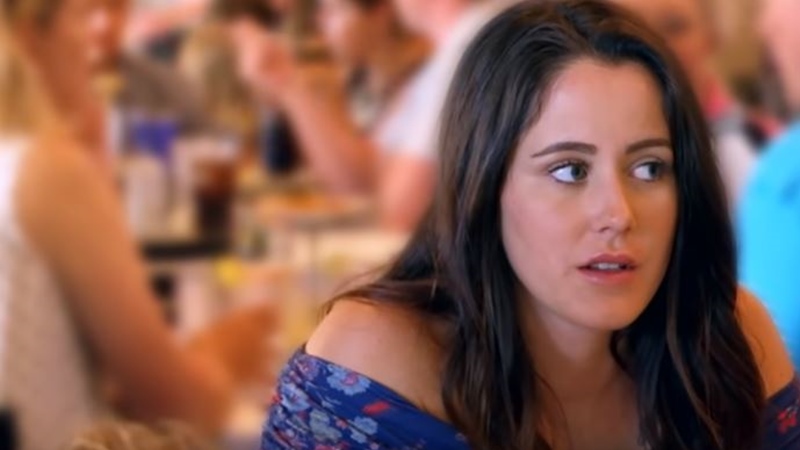 Teen Mom fans first picked up the rumor that David Eason knocked out Jenelle’s teeth from a story she ignited back in 2018. Now, it’s resurrected again. Those pesky rumors keep coming back to haunt her. Once again, Jenelle denied it and this time she said she can prove it. She also gave us a closeup of her (new) pearly whites. But, can she explain old photos?

Fans of MTV saw and heard the hoo-ha about Jenelle’s alleged assault by David in October last year. Hollywood Life reminds fans it came after a fight with David. In a 911 call, she told the operator that David attacked her. “My husband assaulted me,” she said. She also told them, “He pinned me down on the ground in the yard, and I think I heard my f**king collarbone crack, and I can’t move my arms. I think that he got violent because he was drinking. I’m recovering from the surgery I just had on Monday. I can’t breathe.”

Later, Jenelle retracted her allegations against David, as she so often does. While she never said anything about her teeth, Teen Mom fans noticed teeth were missing from her bottom jaw after they saw close-together clips. Some of them shared comparison photos on Twitter.  And, yes, the teeth were clearly missing. It looked like the front of her mouth only sported four instead of the full row. A fan noted, “Its all very weird bc first she had bottom teeth (first pic) and in the 2nd pic from last week, she only has 4 teeth.”

its all very weird bc first she had bottom teeth (first pic) and in the 2nd pic from last week, she only has 4 teeth pic.twitter.com/dluRwdVreg

With the rumors returning, Jenelle answered a fan on an Instagram Q&A on Wednesday. Once more she denied it. The Teen Mom fan asked, “Did David knock your teeth out, like the new article states?” Jenelle replied by saying, “Let’s put this rumor to rest everyone.” She produced a box with a set of teeth which is apparently a retainer that you wear when your teeth are misaligned. Displaying those teeth to her audience, she said, “I have got a retainer that’s like fake teeth, and that’s what I had to straighten out my jaw.”

Plus, the former Teen Mom star opened her mouth wide and showed us all her pearly whites. Yes, they are bit misaligned, and miraculously those missing teeth on the bottom jaw seem to have replaced themselves. “And why did I need to straighten out my jaw?”Jenelle asked. “Because I have an overbite really bad, and it almost touches the bottom of my teeth.” Jenelle says her treatment never worked and she needs to see “another doctor.”

What do think about those pesky rumors resurfacing that David Eason knocked out Jenelle Evans’ teeth? Do you believe her denial? Are you surprised to see a full mouth of pearly whites after the photos showing only four teeth on the bottom? Sound off your thoughts in the comments below.

Sources Reveal Identity Of ‘The Bachelor’ 2022 Through Filming Pics
Pregnant Isabel Roloff Makes Plans To Put Unborn Baby In Danger?
Jennifer Aniston Reveals She Is Not Attending The Emmys This Year And Why
‘BIP’ Natasha Parker Is Moving On, Saying Goodbye To The Past
‘Yowamushi Pedal’ Season 2 Release Date Confirmed: Sooner Than Expected