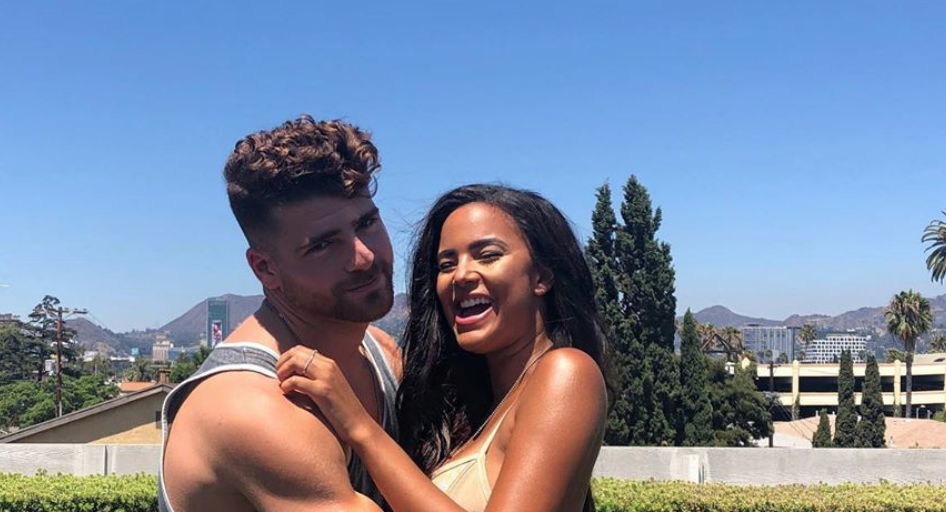 Kyra Green and Cashel Barnett were a pretty hot topic on the last season of Love Island. Now, they made a Youtube video showing Cashel meeting Kyra’s parents. They are opening up on how they really feel about Cashel.

Kyra and Cashel were anything but ordinary on Love Island. Cashel was basically smitten for Kyra and she felt the same…at first. Then she got weirded out and starting pushing Cashel away. So much so, that he actually got sent home. Almost instantly though, Kyra regretted that decision.

She stayed on Love Island for a while, but would frequently talk about Cash leaving. Then, once it was finally time for her to go home, Cashel made a surprise appearance. The two have been together ever since the show ended.

Today, they released a video on Youtube of Cashel basically meeting Kyra’s parents. Apparently, they literally first met just minutes before the video, then started filming. They drank and all talked about what they thought of Cashel and their first impressions.

Luckily for Cash, Kyra’s mom and dad actually seemed to really like him. First off, her parents seem like the coolest people ever. They were so accepting of Cash. They talked about how much he has done for Kyra and how they knew right when he was on the show that he would be the one for her.

Apparently they were right because the two seem so happy together even though Love Island ended a while ago. Of course, social media isn’t everything, but they do post some super adorable photos together. They seem to go on a lot of little adventures together and genuinely make each other happy.

The video wasn’t all just praising Cash though. He made it pretty clear that he is smitten with Kyra as well. He even told her parents how glad he was to be apart of her life. How cute is that? Love Island surprisingly seems to have made some pretty serious relationships. This one could probably last a while if not, forever. That’s definitely a reason to bring it back for season two.

Which Love Island couple was your favorite? Do you like Kyra and Cash together? Let us know what you think in the comment section below.

Come back to TV Shows Ace for more news on all your favorite reality TV stars.

‘Shameless’ Finale: John Wells Explains Why Frank Died Alone
‘Married at First Sight’: Find Out How Much Austin is Worth
Victoria Fuller Of ‘The Bachelor’ Says She’s Saving Herself
Max Schenzel Has A New GF But There’s Already Drama – See Photos
Will Tiffany Espensen End Up With As Many Animals As Bindi Irwin?