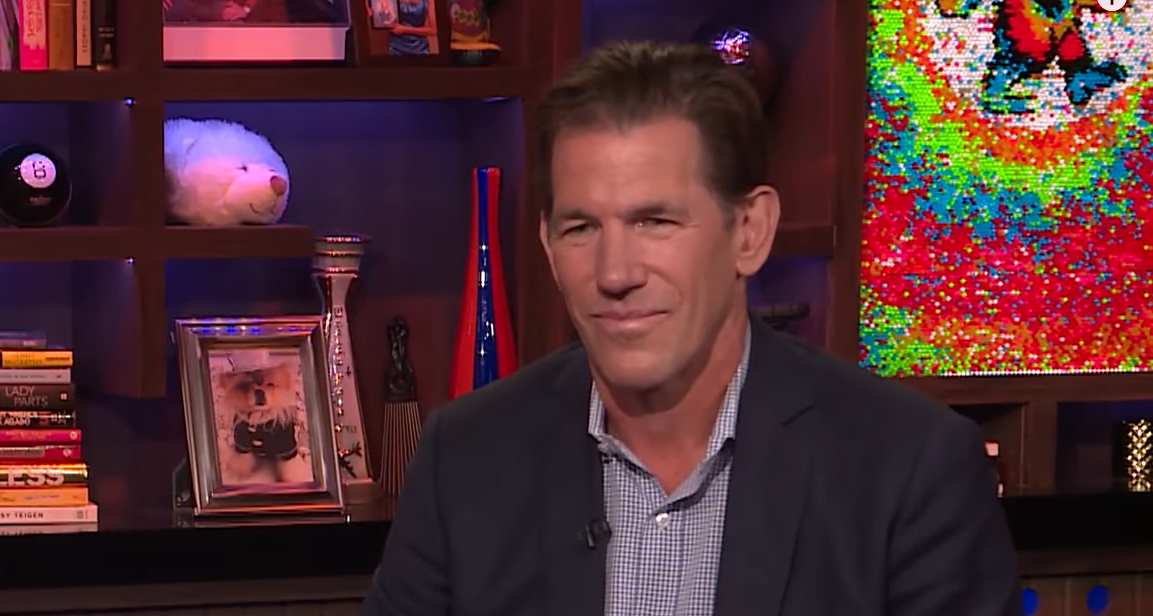 Currently, Thomas Ravenel of Southern Charm, is the primary guardian of his two children with Kathryn Dennis. After months of battling it out in court over the custody of their children, the judge ruled they would have 50/50 custody of Kensie and Saint. Both parents have done everything they could to discredit the other in court. Neither think the other is capable of being a fit parent for the two children under the age of six.

There are several restrictions on the couple after this agreement. One is they cannot be intoxicated or under the influence while caring for their children according to People. That’s why a new video submitted to court is concerning which allegedly shows Thomas Ravenel trying hallucinogens.

Thomas Ravenel caught on camera while at a party with drugs

In the video the song Middle is playing by DJ Snake and he sticks his hand in a plastic bag. This is important because the song was released in 2005 to give the video some type of time stamp. The scene is the Southern Charm star’s bathroom, and he can be heard saying, “I’ve never tried this in my life.”

The camera moves around and you don’t see him the whole time, but a woman says, “you’re gonna do that right now Thomas, you’re gonna geek out!” She also goes on to say she wouldn’t want to hallucinate to which Thomas allegedly replies they’re just mushrooms.

Kathryn of Southern Charm not only submitted this video as proof he shouldn’t have custody but another video. This one Ravenel sent to Kathryn where he called their son Saint, Kensie. She claims this proves he violated their agreement that they could not be intoxicated when watching the children. Dennis said that different people had sent her all kinds of things about Thomas’s behavior.

This seems to be the custody battle that simply won’t end. The joint custody is only a temporary solution. With Kathryn bringing these allegations and Thomas using the two wrecks Kathryn had with the children in the car, there will be another ruling.

According to OK Magazine, Southern Charm‘s Ravenel told the court, ““Your honor, on the night of the incident I did attempt to kiss her and in so doing I grabbed her arm and that was wrong, and I am much appreciative of the opportunity to apologize to her in court today.” Some fans don’t think he should have gotten off so light.

Chase Chrisley Gives the Scoop On His Famous Family
Exclusive: Maria Hinojosa Learns of Noted Spanish Ancestor on ‘Finding Your Roots’ for PBS
‘My 600-lb Life’ Update on Annjeannette Whaley: Where is She Now?
‘The Young And The Restless’ Spoilers: Chelsea Stuns Nick
‘The Grand Tour’ Hosts Return To ‘Top Gear’ To Honor Sabine Schmitz