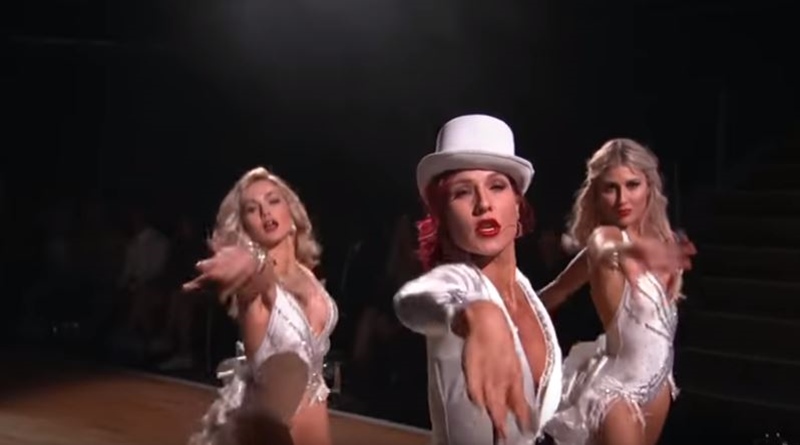 DWTS fans got the shock of their lives in August when the cast got announced. Several well-known personalities got cut, including Sharna Burgess. Theories arose as to why she and others like Artem Chigvintsev were left out. At the time, TV Shows Ace noted that Sharna seemed accepting of circumstances. Now, she indicated she’s not cutting her ties with the show.

DWTS – Sharna Burgess took a positive attitude with the show

When the news came out, we reported that Sharna took to her Instagram to talk about it. Back then we noted, “In part, her announcement read, ‘I can whole heartedly tell you is that It’s all good, ALL love and in this moment I can’t help but be grateful for the time and the journey that I’ve had, the people I’ve met, the incredible talent I’ve shared the stage with and the memories I’ve made.'”

She spoke a bit more about her feelings: “things coming into my world that I’m excited to dive into now that I have time.”

Well, it seems that attitude could open doors in the future. Upbeat and positive, Hollywood Life caught up with her on September 20. She spoke to them exclusively about the current show and her thoughts on a return to DWTS.

She said: “I’m going to be a judge on the Australian version of Dancing with the Stars again. We are coming back at the end of January for our second season. The first season was a massive hit. I love being a part of this family.”

Nearly nine years in with Dancing With The Stars, not cutting ties

The news came out that the decision to cut some pros came from ABC. It seems their budget never matched the hefty salaries. But, some indications came that the decision was just temporary. Possibly, next season finds space for a return.

Talking about that, Sharna said “I’m also at peace with it because I don’t think it’s the end of my relationship with the show.” She notes the end of the show for her never meant not being “good enough.”

Sharna never took that as “fired.” Instead, the DWTS alum notes, “Hey, we’ve got an idea for this show. We couldn’t put you in this season but we love you and, hopefully, we’ll…bring you back next season if you want to.”

Absolutely ruling out never appearing again, on the contrary, she’d love a return. She added: “who’s to say that was the end? I think I’ll always in some way be involved with Dancing with the Stars, whether it is on that dance floor or in another way. And so I am excited about that.” Sahrna also weighed in with her opinion of the current show. She’s not hiding her face in shame and watched the premiere. In her opinion, “James [Van Der Beek] and Emma [Slater],” look very good.

What do you think about Sharna Burgess’ positive attitude to the show? Sound off your thoughts in the comments below.