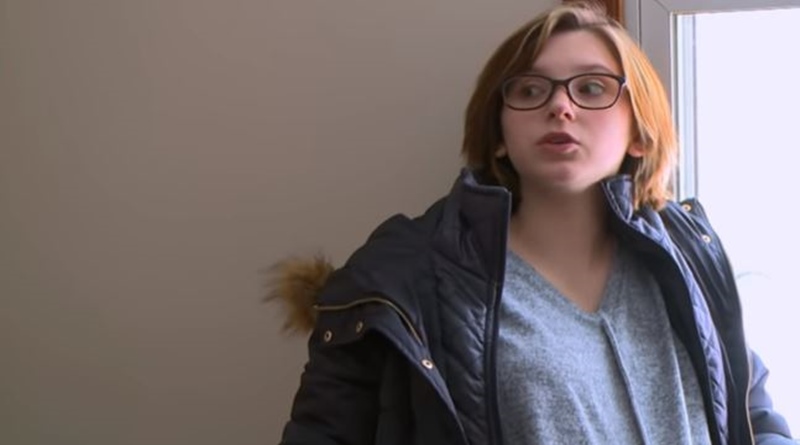 Unexpected on TLC brings us McKayla and her deteriorating relationship with baby daddy Caelan. It’s all a bit dysfunctional and some fans are very critical of her. But, it looks like other relationships in her family went wrong as well. The news emerges that her grandpa, Tim got arrested for alleged domestic violence against her teenage brother. Her mom says he can be difficult and struggles with ADHD, so maybe grandpa just lost it one day.

Unexpected fans critical of McKayla, but it seems her brother and grandpa have issues as well

Fans of the show became very vocal about McKayla as they feel baby daddy Caelan tries hard. However, she seems unappreciative of his efforts. TV Shows Ace wrote, “after the first unexpected pregnancy, she now blithely gets pregnant again as if she’s never heard of birth control. Her first baby, Timothy’s now two-years-old, but there’s a huge distance between Caelan and McKayla this time around.” She ended up back at her grandparents’ home, and some fans feel that’s so unfair on them.

But it seems like grandpa Tim’s got more on his plate than trying to cope with the Unexpected star’s multiple babies and relationship issues. He’s got a beef with her teenage brother as well. Starcasm reported on the incident that happened back in July 2018. Mckayla’s brother and her grandpa apparently got into an altercation over him playing his music too loud. On the surface of it all, it looks like things deteriorated and Tim grabbed him by the throat, leaving some marks. The cops arrived and Tim got taken into custody.

The charges on domestic violence ended up as disturbing the peace

It looks like the call to the cops came from McKayla’s brother. He later told the courts “that it was his fault.” He also claimed, “he was in the wrong, and that he was sorry for allowing it to go this far.” Starcasm notes that the old man “opted for community service.” Meanwhile, it emerged that the Unexpected star’s brother comes with anger issues. McKayla’s mom, Shannon Duko told them more about it. “As far as my dad goes, he is a really great man who tries very hard to give nothing but love and support to everyone in the family.” She noted that things “could have been handled differently.”

Other info that arose, is that her son moved out of his grandpa’s place and lives with her these days. So, it looks like the family moved on from the incident. She explained how her son copes with ADHD, anger issues, and can be difficult. However, things look a lot better as she got McKayla’s brother on the “medications that he needed.” Issues in the past involved a report to the cops that he’d disappeared. In 2017, Tim’s wife, Cindy called in a missing report, but the police checked it out and found the “juvenile.”

What do think about these problems Mckayla’s grandpa Tim deals with? He and his wife Cindy are not young. They raised their own family already and should enjoy their older years in peace, after all. It seems unfortunate that he faced an allegation of domestic violence against his grandson. Sound off your thoughts in the comments below.