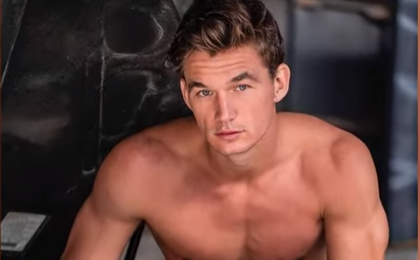 Tyler Cameron has officially found his apartment in New York City. Last month, Cameron, 26, confirmed his search for an apartment on the East Coast. It seems the former Bachelorette star is on his way to move into a building on the Lower East Side. While apartment hunting, the star has been staying with a friend.

I love you Florida

This move is happening alongside his romance with Gigi Hadid. The couple was first linked together after Cameron’s appearance on season 15 of The Bachelorette, where he was competing for Hannah Brown’s heart. According to Us Weekly,  The pair had been spotted all over NYC during August, he then went with her to the Netherlands to attend the supermodel’s grandmother’s funeral on September 5th.

Photos from outside the service showed the two with their arms wrapped around each other as they mourned. Yolanda Hadid’s mother, Ans van den Herik had been battling cancer and unfortunately lost that battle at the age of 78.

Cameron and Gigi seemed to be attempting to keep their romance under wraps in the following weeks. On September 8th, they attended the same New York Fashion Week just days after returning from Rotterdam.

During an interview on the “Bachelor Party” podcast on August 28, Cameron played coy about the relationship. However, Gigi is “really into” Tyler Cameron, an insider told Us Weekly.

“I’m not talking about that,” Cameron told the interviewer after being seen expressing some obvious PDA a few days before the interview. A Republic Records’ 2019 VMAs afterparty ended up being the hot spot for some PDA among the couple.

Mike Johnson, who recently has been had his own romance with Demi Lovato, had some things to say about Cameron and Gigi’s romance.

“Maybe he needs to get tips from me, Tyler and Gigi have been caught by the paparazzi. Demi and I have not,” said Johnson on Thursday, September 19th. He noted that the two men don’t really talk about who they’re dating.

“The reason why is because we both keep it real. I know what kind of man Tyler is and he knows what kind of man I am. I think that Tyler and I are very similar people. He’s very competitive, as am I. So I dunk on him. He’s dating a pretty attractive woman, and I’m dating a gorgeous woman. I mean, possibly, right? Maybe,” explained Johnson.

Lovato hasn’t made a public comment about the romance with Johnson yet. There was some flirting on social media over the summer, as The Bachelorette aired.