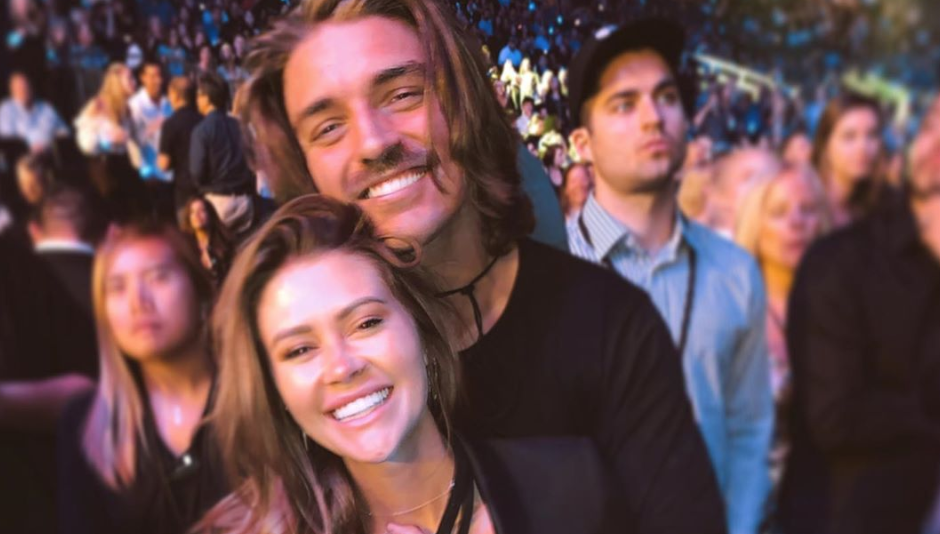 Dean Unglert and Caelynn Miller-Keyes were one of the best things to come out of Bachelor in Paradise this summer. Although they had a rocky start, they ended up pretty cute. However, they don’t want to be a cookie-cutter couple and are starting on social media.

Social media plays a huge part in relationships these days. However, according to Showbiz Cheat Sheet, Caelynn and Dean don’t really fit into that mold. Dean doesn’t want their relationship to be like every other one out there. Considering he lives in a van, this doesn’t really come as a surprise.

Dean and Caelynn don’t post about each other very much on social media (but when they do it’s adorable). They don’t even follow each other on Instagram. That’s certainly not something that’s seen every day anymore. That’s like the first step of many relationships.

Apparently, even though it can drive Caelynn a little crazy, Dean isn’t looking to be a standard couple. He doesn’t want to be the BiP couple that constantly posts about each other and does happy interviews. He is just trying to be in a real relationship. Something that isn’t really that normal for Dean.

“I don’t like doing what’s expected of me and I feel that with couples, especially those coming out of this franchise, we’re expected to follow each other on Instagram, do interviews together to have this happy couple image. I want to break out of that mold and be the couple that never does interviews together, doesn’t follow each other on Instagram,” Dean said.

I’m happy to suck at dating with you 🤗

All of this even comes as a surprise to Dean himself who admitted to only coming to Paradise to have fun. He says he didn’t want to become a boyfriend, he just went to have fun with the producers and other cast members. However, Caelynn changed his mind on all of this and they have been exclusive since their BiP exit.

“She’s very intelligent and compassionate. I am able to be myself around her and she’s able to be herself and that’s how we create synergy and build around each other. For the first time in my Bachelor franchise relationship history, I feel like I’m able to say what I want, do what I want and allow my partner to build with me while I’m doing that,” he said.

Do you think Dean and Caelynn’s social media life makes sense? Let us know what you think in the comments.