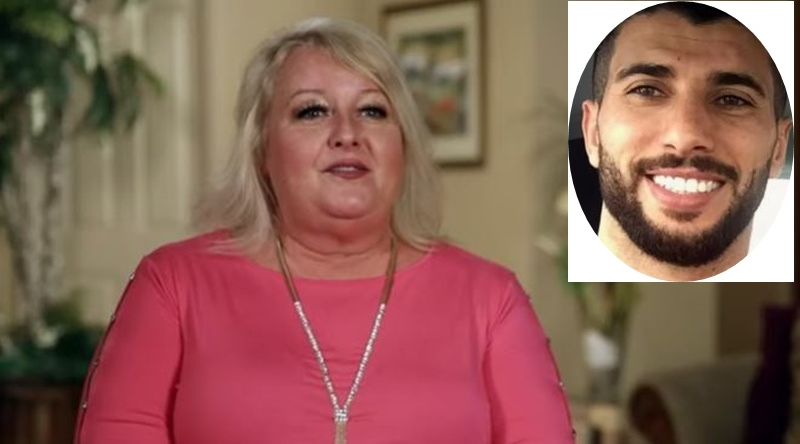 90 Day Fiance fans heard that Laura fell pregnant, Aladin denied it and that she ended up in Ecuador visiting Evelin. TV Shows Ace reported that in a Live with Evelin, she assured us we will find out the truth in at the Tell-All.

Now, she spoke to 90 Day Fiance News Daily, and Christy Olsen explained what happened in Laura’s words. Allegations came out that she lost everything in Qatar, she referred to Aladin’s abusive allegations, and her pregnancy turned out an ectopic one.

Fans of the TLC franchise hate one thing above everything else. That’s when the cast lies about their relationships and it starts looking fake. Sometimes, they accept a bit of social media blocking and unfollows, but once caught in a  lie, there’s no forgiveness. Furious fans turned on Laura after she shared on her Instagram that she had a “muffin in the oven.” Aladin denied it. Then, news came out that Laura was not pregnant. So, confused fans grew even more annoyed.

Of course, with 90 Day Fiance rumors swirling, fans chipping in, and conflicting theories arising, she’s tabloid headline-worthy. So, Christy Olsen said she went straight to the source: “Laura herself.”

The coverage, which you can see in the video below, came from the AfterBuzz reality TV Channel on YouTube.  As Christy points out, Laura spoke to her at risk of breaking her “non-disclosure agreement.” Therefore, she “may not get paid,” something very worrying for her.

Several times on both Avery Mills’ and Laura’s pages, fans who know a bit about middle eastern men, warned that they might beat on their wives. Allegedly, it’s socially acceptable. Perhaps he got violent? We have no way of knowing.

But, Laura revealed she’s afraid of returning to Qatar. While some alleged physical and emotional abuse stories came out. Laura’s not ready to talk about that yet. However, the 90 Day Fiance star told Christy, we’ll see some of that on the Tell-All and Where Are They Now special.

Apparently, while doing the satellite video for the Tell All, the news about divorce papers came out from Aladin. When she traveled to the USA she “packed lightly.” Now, she can’t return to the home she shared with Aladin as he won’t grant permission. Laura says she “asked Sharp Productions” to send someone with her to get her stuff there. However, they “refused to provide security.” So, she can’t return on her own.

Her property remains in Qatar. Meanwhile, she lost her son’s affection, her dog, and her Florida home. This relationship certainly took everything away from her. Except, it seems, Evelin in Ecuador.

Pregnant, yes, but it was ectopic and she lost the baby

Laura also explained to Christy Olsen that she really fell pregnant. She said the film crew followed her and Aladin to a fertility clinic. So, we may yet see that on 90 Day Fiance. Laura fell pregnant, but it turned out an ectopic pregnancy. That can kill both mother and child and there’s no way the baby can survive it.

Laura now regrets posting about it on Instagram. She says though, that she couldn’t contact Aladin directly “as he blocked her.” No mention came of why she claimed they still loved each other and remained together.

Now in Ecuador with Evelin, she’s far from home, lost her love, and everything precious to her. Many fans won’t sympathize, though. Repeatedly, they warn women about marrying across their culture.

What do you think about all of this? Do you hope that apart from Evelin, maybe her ‘adopted brother’ Ludwin will stand by her? Sound off your thoughts in the comments below.