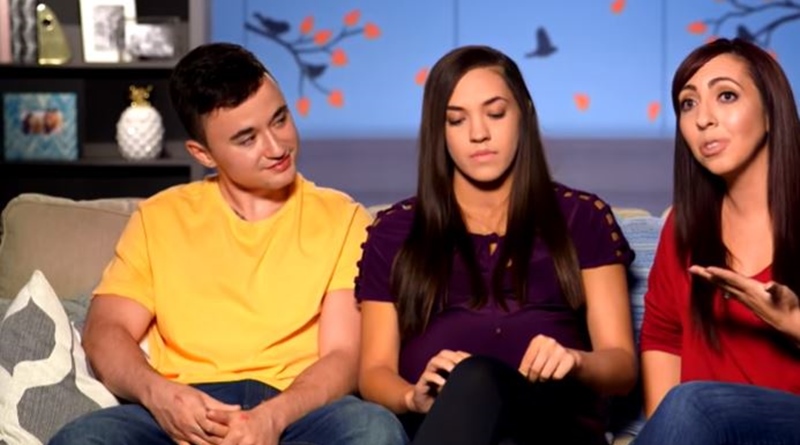 Unexpected fans know that Max got into trouble with drugs and alleged theft. He stayed out of prison, thanks to a judge who signed off the theft conviction. But, Chloe knows if he goes wrong again, he’ll end up in prison. And, she’s got no time for him as a jailbird. But, now it looks like Max could very well end up inside, as he’s in trouble with the law again. In fact, there’s a new arrest warrant out for him.

Chloe’s mom really wants nothing of Max in her daughter’s life or that of the baby. Fans grew angry with her, especially as Max was not part of the baptism ceremony. TV Shows Ace wrote, “Critical fans are not overly inspired by the latest Unexpected preview. @Pretty_broken__ wrote, “Chloe needs to cut the bullshit. Max is Ava’s father. Her mom needs to back to f*ck up. That’s Chloe’s baby not yours.” But, it seems Max of Unexpected brings way more issues that we see on the season. So, she might have good reasons for wanting him gone.

Many of his problems arise from using drugs, and fans also feel it’s wrong that Chloe does not seem to understand how important therapy is. In fact, we noted, “Chloe reacted once again, as though she’s the victim and texted Todd accusing him of bullying her. The Unexpected star seems to think that somehow Max may be giving in to his drug addiction’s unlikely.” Well, it seems Max needs more therapy than she knows: especially in light of the new arrest warrant.

Starcasm reported that Max had another warrant issued and it related to drinking underage. They noted that due to “appear before a judge on August 20” he never pitched. It came after he got “charged for underage drinking at a local casino. ” They note that it all came about at “the Wild Horse Pass Casino in Chandler, Arizona at roughly 2 AM on July 4.” The Gila River Indian Community Law Enforcement Service” caught him. “19 years old at the time,” Max turned 20 since then.

The warrant came out after he failed to appear in court. Starcasm also came up with some pictures that show Max certainly does battle with his addictions. According to them, he started smoking marijuana at a young age. Plus, they wrote, “On the current season of Unexpected, viewers are finally getting a glimpse at how serious Max’s drug issues are. He has been hospitalized numerous times, including one instance in which he passed out while playing video games.”

What do you think about Max getting in trouble with the law again? His new arrest warrant might land him in prison, and Chloe promised to dump her baby daddy if that happens. Sound off your thoughts in the comments below.