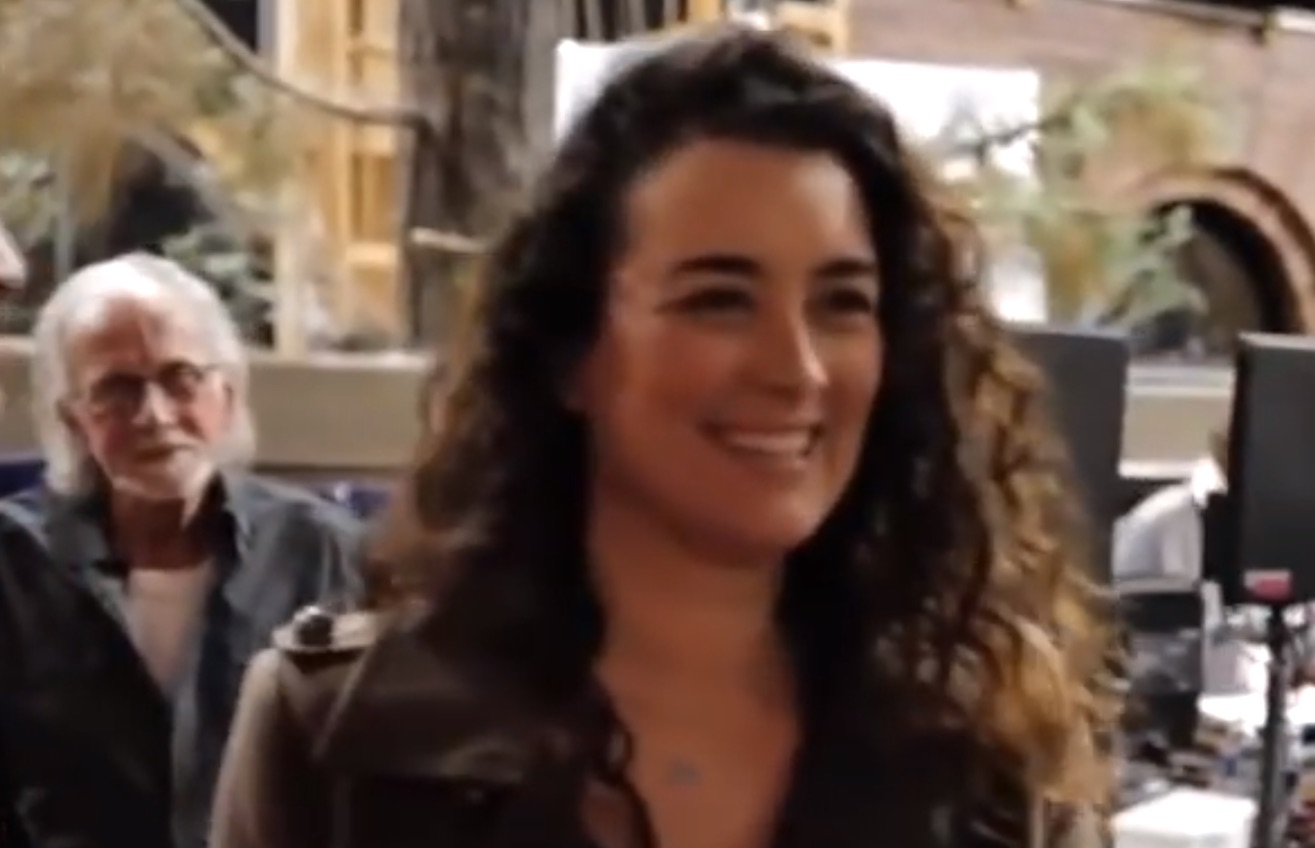 On Thursday night, NCIS released the behind the scenes video of Cote de Pablo’s secret return to the CBS show last spring. What you see will make you cheer and cry all at the same time!

Cote de Pablo’s Return A Surprise To All

NCIS shared a video on social media that will thrill Ziva David fans around the world. They shared the night that Cote de Pablo secretly returned to NCIS in the Season 16 ending episode “Daughters.” She appeared at the end of the episode, telling Gibbs his life was in danger, fulfilling the wish of Ziva fans around the world: Ziva is alive!

The day after this episode aired, the showrunners Steven D. Binder and Frank Cardea revealed that this was a surprise to more than just than NCIS fans! They revealed that most of the cast and crew of NCIS were not aware that Cote de Pablo would return. But it was not until Thursday that fans got to see Cote’s triumphant return to the show she left six years ago.

The video begins with an introduction to the situation: “After more than eight seasons playing the beloved character, Ziva David, Cote de Pablo departed the NCIS family.” Then the dramatic music is turned up, as the words “Six years later…..she returned.”

Next, Showrunner Steven D. Binder appears on the screen. He explains that he is on the set and whispers “Pablo might be here right now. That is exciting!” Then, the camera is all over the location, searching for the the unmentionable person. It is around 10 p.m. now.

Turns out, Cote is delayed. The car she was in was stuck behind an accident. Binder searches, but nothing. Then, just after 11 p.m., Binder takes us to the closed set of Gibbs’ basement. We know this is where the scene will be shot. But, still no Cote! They ask one co-producer, Gina Montreal, and she smiles and coyly responds: “I don’t know what you’re talking about.”

They know she is coming now. How do they know? Because it is midnight and Binder points out, “who else is coming now?” But, wait a minute! They have to shut the cameras down. Turns out, they can still have one camera running and it records Cote de Pablo’s return. But before his camera is shut down, Binder reveals, “We are all very excited.”

Then in walks Cote! Holding a coffee in her right hand, she is rapidly walking in with her mouth open for a happy scream. She looks great in a simple black top and pants, and a camel coat. Cote looks ecstatic as she squeals, as she rapidly walks into the arms of director Tony Wharmby. Then, the beaming Cote proceeds to hug those around her. Then the film stops.

Don’t be surprised if you find yourself screaming. Or crying. Or both. Just a few more days til Ziva David is back on NCIS! What is her story? Where has she been? Will she reunite with Tali and Tony?