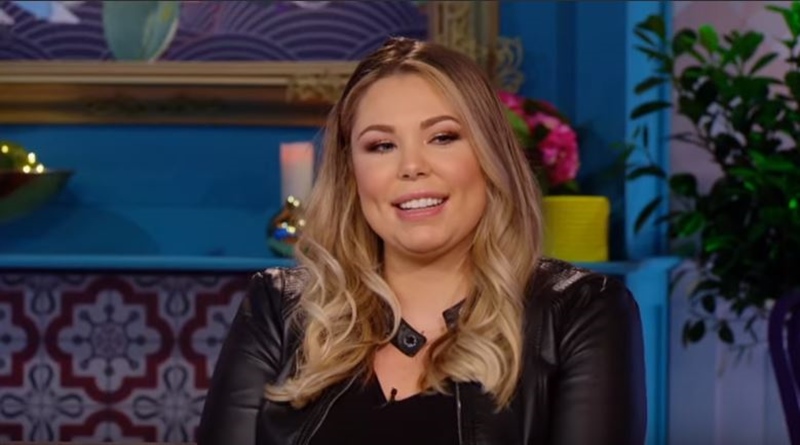 Teen Mom fans often hear that Kailyn Lowry’s planning on marrying another woman. Some of those rumors arise from Kail’s own sense of humor on social media. In fact, she’s gets asked repeatedly if that’s gonna happen. Probably, it won’t but fans on Twitter encouraged her to stay single for a while and ‘keep collecting crystals.’

Kailyn Lowry’s done well for herself. Apart from some critics mocking her for collecting baby daddies and kids, she works hard at her business ventures. Actually, she’s something of a success story these days. TV Shows Ace noted, “Kailyn Lowry and Lindsie Chrisley’s Coffee Convos Podcast brings many more fans. In fact, they just got nominated in two categories in The Adam Curry People’s Choice Award final Nominees list.” Then, her Pot Head Hair Products seems in a good place with good reviews.

While it seems she’s not done with more kids in her life, she’s apparently not planning a wedding soon. We also reported she’s not sure yet, but she considered adopting or fostering more kids, but not necessarily in a relationship with a man. And, not with a woman either, at this time. We discovered this when yet another fan asked the Teen Mom star, “I thought you and @TM2LeahDawnwere getting married in 2020?” Kail replied and talked about staying single and collecting crystals.

Kailyn often tweets about her interest in crystals. Recently, she shared, “crystals are of the earth – like humans. so, tangible. 2. Energy doesn’t have to be explained.. but it can be. Down to a science. Religion is based on faith.” Well, for centuries, people believed in energy and the healing, calming effects of crystals. And, they really look so attractive, especially when collected and placed around a home.

There’s really no harm in it. Sometimes, her fans ask Kail to share pics of her collection. So, there’s no big surprise that she talked about crystals in her reply about marrying Leah Dawn. The Teen Mom star replied, saying, “One of my best friends, a friend and my sister all getting married in 2020. I’m out here single af collecting crystals ok?” Some fans laughed that, suggesting she should clarify that before rumors arise about crack crystals.

One of my best friends, a friend and my sister all getting married in 2020. I’m out here single af collecting crystals ok

In response to the Twitter conversation, Teen Mom fans encouraged Kailyn to stay single and just keep on collecting those crystals. @Lorrenitram said, “You seem to be doing an awesome job of raising your sons. You don’t need a man to mess with that right now.”  Meanwhile, another follower noted, “you’re building an empire, raising 3 amazing boys, traveling, and busting your ass to provide. Love will find you when it’s meant to.” One humorist commented, “At least the crystals won’t cheat, lie or talk back girl.”

What do you think about Kailyn Lowry collecting crystals, indicating that for now, she’s staying single? Sound off your thoughts in the comments below.

Carlin Bates DRAGGED For Making Everything About Herself
‘Below Deck Med’: Was Captain Sandy Too Soft On Lexi Wilson?
‘Live PD’ Dan Abrams And Sean “Sticks” Larkin Reunite For New Show
Scott Disick Is No Longer Keeping Up With Any Of The Kardashians
‘Darcey And Stacey’ Season 2 Episode 10 Recap- September 20