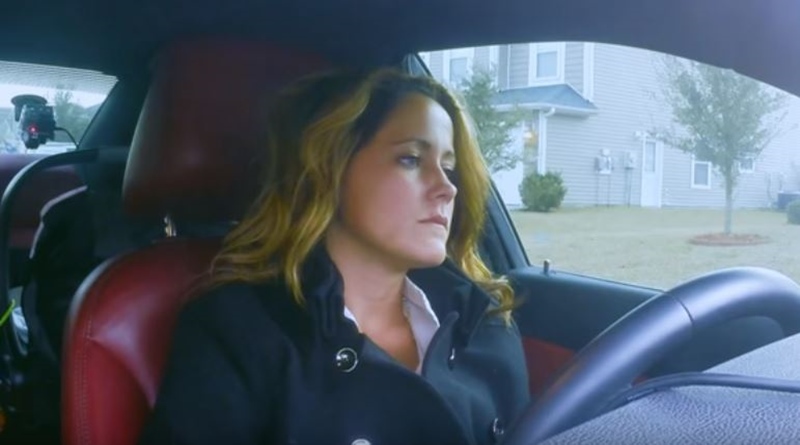 Teen Mom 2 fans know that Jenelle Evans talked about a makeup line for ages. But, after the child custody case and the killing of Nugget the dog, it finally happened. The Brow Kit and website launched about ten days ago, but it looks like her products get poor reviews. Also, sales seem slow and low. So far, the venture looks like a sale fail.

Jenelle Evans’ followers still number millions on Twitter, and her new makeup page on IG already garnered over 40k followers. But, it seems people don’t follow her for love. Rather like those who can’t tear their eyes away from roadkill, they shudder but feel compelled to look, anyway. Radar Online noted that sales figures simply go badly for the MTV alum, who got fired from the show. If she hoped to take in anything anywhere near her MTV income, it looks like Jenelle can expect some disappointment.

According to their sources, Jenelle’s facing a sale fail. They wrote, “A source involved in Jenelle’s makeup business told Radar that she has only sold 150 kits since the launch earlier this month.” They added, “On the website, customers are able to purchase up to 2,822 eyebrow kits, which could indicate the amount of products still available.” Mind you, they noted that on the website for JE Cosmetics, some good reviews came in. But, they seem a bit skeptical these reviews are genuine, given the negative comments from Teen Mom 2 followers on Twitter.

Everything you need… in ONE KIT: 3 Shade, Stay Put Wax, Brush Duo, Brow Highlighter, Eyebrow Pencil, Set of 2 tweezers, and scissors!!!! 😍🎉 Only at @jecosmeticsinc for $40! #LinkInBio #getyoursnow💯

On the Instagram page for Jenelle’s cosmetics, locked comments mean no interaction for followers. But, people talk about it over on Twitter. Some bad reviews came in on that side of social media. Of course, with the number of haters the Teen Mom alum racked up, we can’t say for certain those bad reviews are genuine. Nevertheless, Radar pointed out that “Teen Mom Young: & Pregnant star Ashley Jones, “wouldn’t review the brow products due to a limited color range.”

On Twitter, a user posted, “oh my god. It’s worse than I could have imagined. You guys, holy f**king sh*t this was a WASTE of my money and I even knew I was buying it for the lulz. I’m not even kidding.” The same critic also shared, “The brow pencil completely snapped off within a minute of using it, no matter how short I made it, it would snap off. There was 1 inch of product in it to begin with, now there is none. COMPLETE WASTE.”

The brow pencil completely snapped off within a minute of using it, no matter how short I made it, it would snap off. There was 1 inch of product in it to begin with, now there is none. COMPLETE WASTE.

Other Teen Mom followers maintained that it looks like Jenelle only lets through good reviews. One person tweeted, “No point in writing a review on the website, they have to be approved now, and shes only publishing ones with 5*. She won’t want anyone to see the real reviews.”

What do you think about Jenelle Evans’ apparent sale fail with her new brow product? Did, you try it? If you bought one, let us know your feelings in the comments below.

Remember to check back with TV Shows Ace often for more news and rumors about the cast of Teen Mom 2.