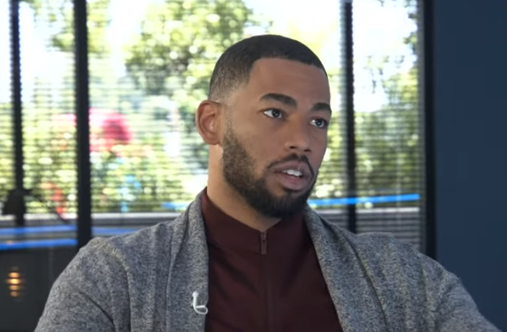 Happily ever after doesn’t always follow paradise, Mike Johnson would know. The Bachelorette star openly discussed his split with the Bachelor In Paradise star Sydney Lotuaco.

Sydney Is Spectacular, But Their Connection Was Lost

“I broke it off with Sydney and felt a couple of things,” said Johnson, 31, on the “Bachelor Happy Hour With Rachel & Ali” podcast. “I felt like she didn’t find me sexually attractive and like our connection was just not there whatsoever.”

Johnson continued, saying they felt they both were trying. He thinks Sydney is a diamond, spectacular and very hard to crack. “I call her ‘ruby’ as well. But that diamond wasn’t for me. So I broke things off with her, and I went to Krystal Nielson and Chris Randone’s wedding.”

It was a mutual break up and “respectful on both sides” as noted by Johnson.

After lusting for Hannah Brown’s affection, Johnson became a fan favorite of the 15th season of The Bachelorette. After being eliminated before hometowns week, he joined season 6 of Bachelor in Paradise. According to Us Weekly, he joined the cast of the summer spinoff because he “was single and still wanted to be in a relationship.” Or so he told Rachel Lindsay of “Bachelor Happy Hour.”

Arriving in Paradise with a date card, the Air Force vet decided to take out Caelynn Miller-Keyes. Although, he revealed on the podcast that America didn’t see the toss-up between Sydney and Caelynn on TV. “Katie Morton had been my second option for a date,” he told the podcast host.

“It was like dead even between Sydney and Caelynn, and then Katie,” he continued. “I chose Caelynn over Sydney just because Sydney is quiet. I felt like at the end of the day, I would at least have a fun time with Caelynn. We had a great time. I knew I wanted to talk to Sydney because I told her — even before going on the date with Caelynn — ‘Hey, I’m gonna go on this date with her but I still want to talk to you.’ So, as soon as I got back the next day, I was talking to Sydney and I wanted to be with her.”

There had been talk of Mike Johnson possibly “being seriously considered,” to be the next Bachelor. If he had been chosen, it would have been a historical choice for the show. Juan Pablo Galavis, a Venezuelan soccer player has been the franchise’s first and only diverse lead back in 2013. Rachel Lindsay is currently the only person of color to star on The Bachelorette. It didn’t end up working out for him, though.

Mike Johnson admitted he’s gone out with Demi Lovato, he said on the podcast that the status of their relationship was “two people exploring each other.” The fans would love to see that work out.

“I think she’s amazing. She’s incredibly humble,” he said. “When Demi and I are together, it’s laughter and we talk about real stuff. Like, she’s a down to earth woman and I respect that so much.”

Don’t miss new episodes of The Bachelor with Peter Weber on ABC starting in January of 2020.