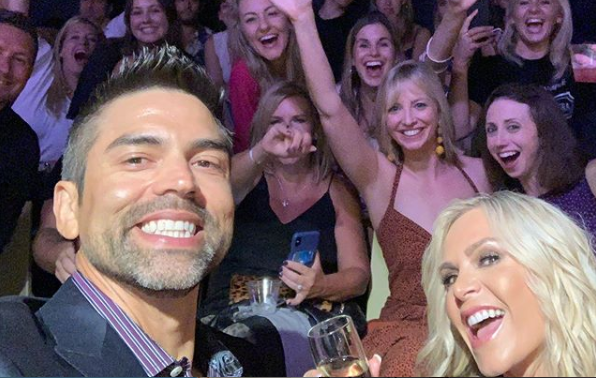 Tamra Judge is once again facing her husband Eddie going under the knife. Last year according to Reality Blurb, Eddie was diagnosed with atrial fibrillation.

September is Atrial Fibrillation Awareness Month. Eddie Judge gave an interview about the surgery he had a year ago and revealed he now has to have another. The hope is this surgery will fix his irregular heartbeat. On Bravo it said the surgery will keep him from having to take blood thinners the rest of his life.

According to Pop Culture he encouraged those recently diagnosed with AFib to advocate for their health. He said, “I would recommend every AFib patient get well-informed and figure out all their options.” He said even if that means getting a second opinion you shouldn’t give up.

Another great trip to NYC! This was to bring awareness and educate people on the various options to treat afib. I’ve partnered with Get Smart About Afib to change lives. Visit getsmartaboutafib.com to learn more. #beatafib

Tamra Judge Has One Determined And Strong Husband

The date hasn’t been set yet but Tamra Judge’s husband has been building up his fitness. He can bike for one hundred miles and run between six and ten miles a day. That’s impressive for someone who’s had heart surgery. He said the impending surgery has made him see he’s not invincible. He said, “I’m a little bit more vulnerable and a little bit afraid to go pushing myself like I used to.”

In a recent Instagram post he said they took on Big Bear Mountain. They did 10.5 miles of running and hiking. His taking it easier is everyone else’s kicking it up to beast mode. His profile says he’s “making the best of life with what he created… obstacles always make me stronger!” He’s definitely living that mantra.

Eddie said despite his wife being his biggest supporter they struggled a lot last yeah. He said he became irritable and not that fun to be around. “Looking back, I was kind of an a**hole.”

Tamra Judge didn’t let her husband see her worry. The RHOC star said, “I was afraid, and I was afraid to let him see me afraid.” She said the whole thing was draining for her but she kept it her attitude upbeat for his sake. Tamra Judge said the whole thing brought them closer. She said she’d never seen him the way he was, in and out of the hospital ten times in a year. It made him depressed but he’s the strong one, she said.