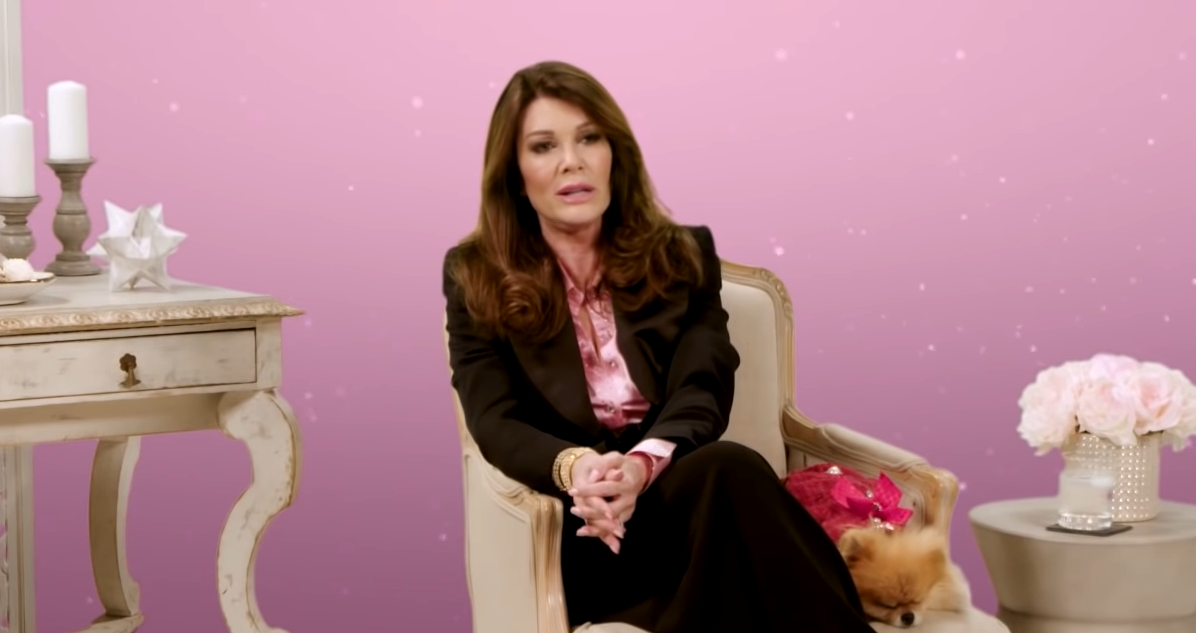 Fans knew it would just be a matter of time before Lisa Vanderpump responded to Eileen Davidson calling her a p***y. According to People that glorious moment has come on Twitter. Eileen went onto Andy Cohen’s show and responded to his question about LVP leaving the show with that shady comment. Eileen went on the show with June Diane Raphael to promote her new movie 7 Days in Vegas and was happy to give her opinion on everything from Lisa Rinna and Kim Richards fight to Camille Grammer being two-faced.

She said she thought Vanderpump was the one more at fault during Puppygate and weighed in on some of the other Housewives drama. In a segment called Spill in the Hills, he rapid fired questions and Eileen quickly answered them all honestly. She couldn’t help be a little cheeky with her answers.

In a tweet Lisa Vanderpump responded to her comment with her brand of sass. She said, “At least I resigned, you weren’t honest about the fact that you were fired. Now that’s a p***y move as you call it.” Lisa Vanderpump has never shied away from clapping back.

Happy birthday to me 😂😍💝

Looking back according to Reality Blurb Eileen was on the show for three seasons. She said she left the show and had been asked back several times. Lisa Vanderpump didn’t think that was the case and accused the soap star of lying. She also dragged Eileen’s Twitter following saying, “ok got it, thought it was strange she only had a few followers, but then again.” Lisa Vanderpump left the show after a difficult year and Andy has repeatedly said he wants her to come back.

Eileen boasts a little over 300,000 while Vanderpump has a little over a million. While Eileen hasn’t responded to Lisa directly, there are social media signs she’s paying attention. One twitter user said, “having fun getting dragged yet? Foolish woman.” Eileen replied with a kiss and heart emojis.

Of course Lisa Vanderpump’s friend turned enemy made sure to tweet about Eileen’s appearance. Saying, “yes @eileen_davidson looking amazing on @BravoWWHL… miss you Eileen!” Vanderpump shared on her fifty-ninth birthday that she got through the year with medication and therapy. She lost her brother a year before her mother and both losses hit her hard. Eileen could just be biding her time for the perfect comeback, fans will be watching the Twitterverse.