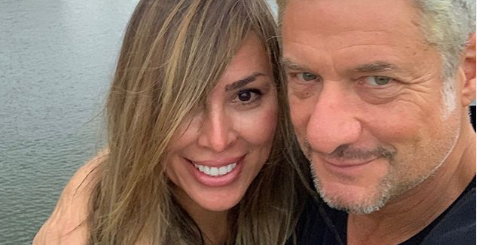 Kelly Dodd started rumors that she would be walking down the aisle again when she posted the date on Instagram. She said they’d be getting married on October 10, 2020. She’s been dating CNN correspondent Rick Leventhal. According to The Blast they just got back from a long trip to Europe.

The RHOC star shared a post from their trip and captioned it, “missing my @rickleventhal see you Monday my lover!” A fan asked if they were engaged because of Kelly’s Instagram post. Of course, Kelly Dodd isn’t answering those fans that are questioning her.

Did Kelly Dodd Confirm She Meant It When She Said They’d Set A Date?

In the Hampton’s this summer, Ramona Singer introduced Kelly Dodd to Rick. She started dating him quickly after she broke up with Brian Reagan, the plastic surgeon. The fan asked her to let them know if she was engaged and Kelly said, “no babes.”

On Watch What Happens Live, of course, Andy Cohen asked two of her co-stars what they thought. He asked if the engagement was real. Tamra quickly exclaimed they’d just met and Vicki said it was ridiculous, it’s hadn’t been two months. She puts her fingers to her temples like she really can’t believe it.

He pushed and Tamra said, “she was probably drunk!” Vicki then said she, “just wants to get married.” In the video, Vicki says, “you saw her this season asking Dr. Brian about it.” Tamra said, “she needs to read Brandi’s book, Drinking and Tweeting.”

Of course, they aren’t her biggest fans, Vicki Gunvalson, especially. Vicki is angry Kelly hit Shannon in the head. She said she always takes everything too far. In the latest episode of Real Housewives of Orange County, Kelly jokingly hit Shannon in the head too hard with a mallet. Eventually, she went to the ER and the nurses asked if she wanted to press charges. It was obvious that Shannon was hurt by it even if Kelly didn’t mean for it to be harmful.

According to Radar Online, Vicki said, “I don’t think Kelly has control of her actions and does and says things without looking at the consequences.”

As of now, Kelly is not engaged and just enjoying being with her CNN correspondent. It seems like her planning the date was only a joke. Kelly Dodd was married once before to Michael J. Dodd. They share thirteen-year-old daughter, Jolie. It will be interesting to see if she ends up getting married again.