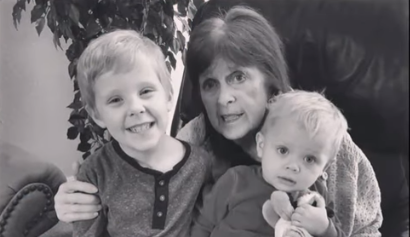 A tragic loss has struck the Duggar family as they mourn the loss of a family member. It looks like it will all play out on the upcoming season of Counting On.

A Sneak Peek Shows The Duggar Family In Tears

People got a sneak peek of the upcoming season of Counting On. In the sneak peek the Duggars have come upon the unexpected loss of their grandma Mary Leona Duggar. The grandmother passed away on June 9th after accidentally drowning in a swimming pool at age 78.

The footage is seen of the family in tears at her funeral, a confessional of Jim Bob Duggar reveals his learning of his mother’s death.

“I got a call and Deanna said, ‘Do you mind coming over quickly, Mom has passed away,’” he recalled back to the phone call. It was with his sister, who found their mother in the pool.

“You just never know how much longer you have,” came from one of the Duggars on a voiceover at the burial.

Though the family has lost one beloved member, it seems they are about to welcome in six more. The sneak peek teased some happier moments for the Duggars, including six pregnancies.

These five women gathered together for a maternity photoshoot and got a surprise in the process. John David Duggar’s wife Abbie, revealed she is also pregnant.

Jessa and Ben had their daughter, Ivy Jane, on June 20th. Unfortunately, not all of the couples had this beautiful experience. Joy-Anna and Austin tragically lost their daughter after at 20 weeks when Joy-Anna had a miscarriage.

Parents Night Out, Courtesy Of The Grandparents

The sneak peek also shows the grandparents of these babies Jim Bob and Michelle babysitting their many grandchildren, allowing their kids to have a night to themselves.

Jim Bob joked, “Hopefully nobody will end up in the hospital.” He currently shares 19 kids and 13 grandkids with his wife Michelle.

Jinger (Duggar) Vuolo decided to take on a new chapter in her life with her husband Jeremy Vuolo. The couple took the opportunity to move to Los Angeles with their 14-month-old daughter, Felicity.

We are over the moon. 💞 #BabySeewald3 Ivy Jane Seewald

Jessa’s time came for her to give birth to her third child at an unexpected moment. “We were very caught off-guard with my water breaking,” says Jessa. She ended up giving birth at home on her couch.

“Our birth plan through this whole pregnancy was that we would deliver at a birthing suite at the hospital with a midwife there,” Jessa said in a video released on Wednesday. “However, the morning that my water broke was the morning that my midwife had left town for a week.”

According to Women’s Health, the birth was pretty dramatic as it was all caught on film. “Those first few moments right after the baby’s born, are the absolute sweetest moments of your life. Just looking at that sweet baby, I always cry.” Jessa said after two midwives coached her through breathing exercises and the birth.