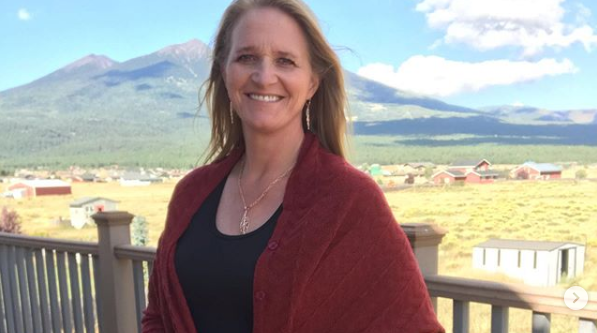 Sister Wives star Christine Brown recently shared a photo of her Arizona backyard and fans were thoroughly confused. Everyone saw them make the big move there on the last season of the show.

Followers Are Getting Antsy About Christine And Other Wives’ Living Situations

I LOVE it when it rains in Flagstaff. #flagstaff #flagstaffrain #rain #thunder #lightning #sogladidonthavetomowmyyard

Followers were commenting, “Are you in your new house yet?” They were referring to the large house Kody Brown had mentioned. In the recent season of the TLC series, he said he wanted a huge house to be built for all his wives and kids to live in. “Are you all moving into one big house?” another fan echoed. “Are you and the other sister wives living closer to each other yet?” fans were terribly curious about the living situation. The family recently decided to move from Las Vegas to Arizona, where they plan to build on some land and live closely together. It doesn’t look like it has happened yet, though.

The Sister Wives stars still live a decent ways away from each other in their new home state. According to InTouch, Meri Brown, the first wife is renting a four-bedroom, five-bathroom home, nine miles from Christine’s three-bedroom, two-bathroom house. Janelle Brown’s house is around 13 miles from Meri.

Fans Want Answers And They Want Them Now!

“Why does no one answer about living arrangements?” yet another comment read on Christine’s post. Fans were getting anxious to know what was going on. “Are the houses built? Or. Let me guess. You can’t say.” Another asked, “Is your house finished yet?” Christine didn’t answer any of the questions. Instead, she just ignored what the followers had to say to her.

Janelle shared a photo on Instagram of what looked like the family land in Arizona, back in July. “Reservations for dinner at our favorite space tonight,” she joked in the caption. “Our piece of heaven. #dinealfresco #bluesky #mountainair.” Fans took this as a peek at their Flagstaff property and again, started asking questions. “Are y’all close to breaking ground on the property yet?” and “When are you going to build? I hope your show continues.”

During the tell-all special at the end of Season 13 of Sister Wives, Kody and his wives said they weren’t yet living on their new land, but that was back in April of this year. It has been revealed that the family is filming a new season.