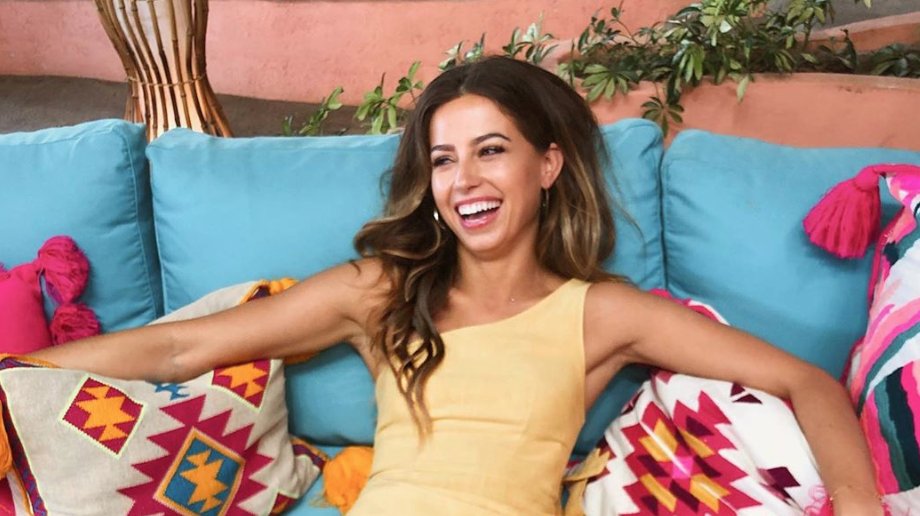 The Bachelor in Paradise reunion was seemingly calm this time around. However, according to Showbiz CheatSheet, it may have only appeared that way because a scene was cut from the reunion. Apparently, Kristina called Caelynn out for her behavior during StageCoach. Caelynn may not have been as innocent as we all thought.

What happened prior to Bachelor in Paradise?

Just in case what happened has been forgotten, Blake Horstmann hooked up with Caelynn and Kristina on back to back nights. All the while, Caelynn allegedly thought she and Blake were actually dating. Needless to say, that caused a ton of drama.

Apparently, that’s not all that happened though and the rest of the story was cut from the BiP reunion finale. Kristina says Caelynn actually hooked up with another one of Kristina’s exes during Stagecoach. They must have very similar taste in men!

“I don’t want to mention who it is, just because it’s not relevant. I just wanted to say what my situation was with Caelynn, and it wasn’t that I just disregarded her from the get-go. It was a little bit more personal and she did it personally,” Kristina said.

me. when someone asks about my love life in #bachelorinparadise ⁣⁣ ⁣⁣ now taking better captions #sendhelp⁣ 📸: @julielaplaca

Because of everything that has gone down between them, Kristina admits to being indifferent towards Caelynn. That’s way better than hate for sure. However, it’s still not really how you make friends.

Luckily it seems like they may be making it through all this pretty civilized. Even if they won’t be skipping through roses together any time soon, it will be good if they can at least be mature and put it behind them.

Blake, however, didn’t have such a good time at the reunion. He really faced a lot of backlash from everyone involved. Much like his time in Paradise, he was shot down basically anytime he tried to speak during the reunion. It’s honestly fair enough though. He did some pretty hurtful things to Caelynn by releasing private text messages he sent her.

However, it looks like Caelynn is pretty happy once it’s all said and done. She and Dean are living the van life together and they couldn’t be any cuter. Blake who?

What dd you think of the Paradise reunion? Do you wish they aired the conversation between Kristina and Caelynn? Let us know what you think in the comments. Come back to TV Shows Ace for news on all of the Bachelor Nation.