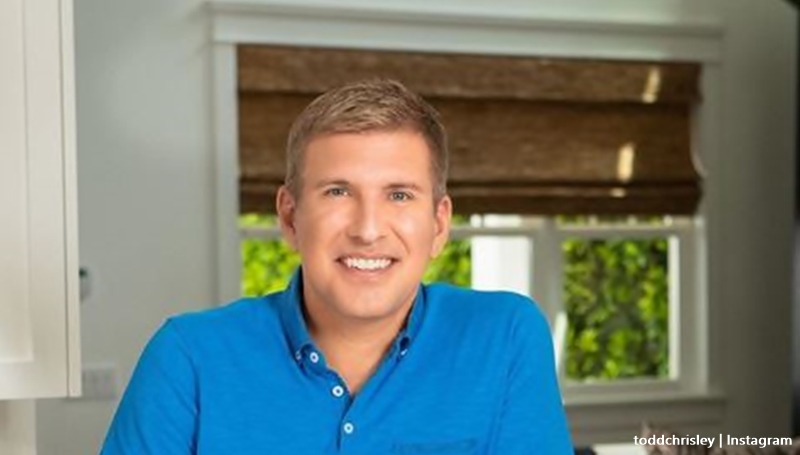 Todd Chrisley talks about forgiveness and a desire to reunite with his estranged daughter, Lindsie. However, it looks like forgiveness isn’t going his way from her. The split really grew a bit old but resurrected recently after news came out that Lindsie alleged extortion. That involved a report that police check out how Chase and Todd allegedly used a film tape to get her to say something.

Todd Chrisley won’t get forgiveness from his daughter Lindsie

Even before the allegation by Lindsie, fans of the Chrisley Knows best show knew about Lindsie and her dad not getting along. The whole mess rocketed out after Todd and Julie faced federal charges on alleged tax and financial fraud.  TV Shows Ace noted that allegations by Lindsie that Chase and Todd extorted her with a s*x tape got revealed. In fact, the police investigate it. It’s not a good look for Todd, who already faces the possibility of up to 40 years in prison if found guilty.

Additionally, he said on a podcast, “I love you Lindsie, I know you’re listening to this podcast, I know that your attorney is listening to it, so I wish you both a wonderful afternoon…I love you, I forgive you and I pray that God moves you on in a prosperous way and blesses you from this day forward.” But, according to a new report by TMZ, Todd Chrisley won’t get any forgiveness back.

This is something I’ve struggled with my entire life , if you wronged me then I held on to it , carried it like luggage , I’ve learned that by forgiving we free ourselves of the heavy load of carrying the anger and resentment , it’s a hard task but it’s truly worth learning and letting go .. thx @lisarinna

No forgiveness, but no jail time either, says Lindsie

TMZ caught up with Lindsie and asked her about the family crisis. Considering Todd Chrisley’s all about the bible and forgiveness on his Instagram, one wonders just how far from a tree apples actually fall. The article said, “Lindsie Chrisley says she’s 100 percent done with her father and has no intention of ever forgiving him … but she doesn’t want him to do hard time for his alleged crimes.”  She told the outlet, “He’s my dad, so yeah.”

However, as TMZ noted, the lack of emotion seemed obvious. It’s quite possible she really doesn’t care about his possible fate in prison. But, maybe she’d stop short of suggesting she’s preparing for any kind of celebration if it goes down. After all, in a report by TV Shows Ace, we noted, “Todd Chrisley…said his daughter Lindsie Chrisley had two affairs. Both of these were with former Bachelorette stars. That got national news coverage, which probably embarrassed her hugely.

What do you think about Lindsie declaring no forgiveness for her father? Do you wish they’d just try and get on with each other? After all, forgiveness of self and others often brings healing to people who hurt inside. Sound off your thoughts in the comments below.

Remember to check back with TV Shows Ace often for more news about Lindsie and Todd Chrisley.