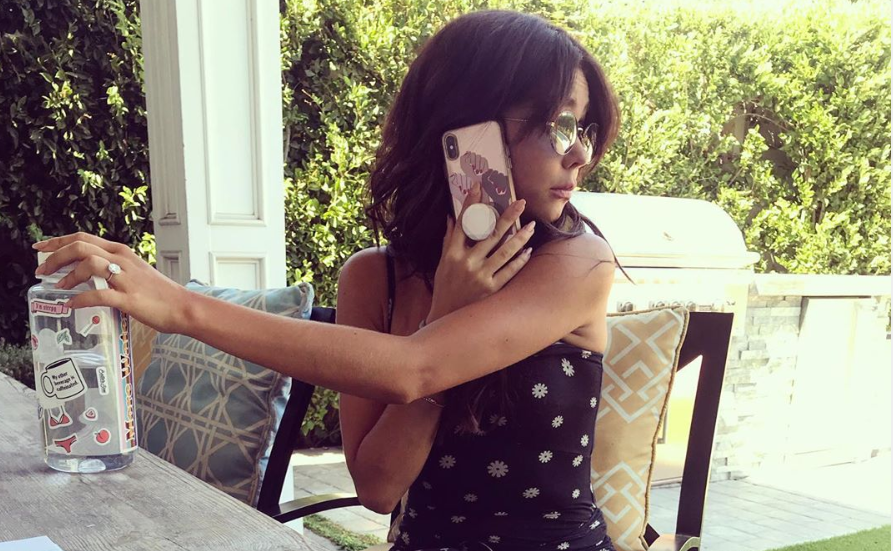 Cute couple, Sarah Hyland and her Bachelorette man, Wells Adams are meant to be. The two met when Wells Adams slipped into her DMs and have been making fans jealous of their relationship ever since. In an interview with People, Sarah says in the beginning, they weren’t that physical.

After being together two years, they got engaged in Fiji. When they had their first date, however, Sarah had just gone for her second kidney transplant. She had a condition called kidney dysplasia where they didn’t fully develop in the womb. The two set the trend for celebrities falling for stars of Bachelor Nation.

The Modern Family actress said in the beginning she had a ton of health issues. They’d only been on two dates before she had surgery and then she was just face-timing him on painkillers. She spent a lot of time in the hospital recovering.

Sarah Hyland said, “he still liked me after that somehow.” It brought them closer together and made them have a serious relationship from the beginning. They had to take their time because her health wouldn’t allow her to do the things new couples normally do.

The Actress Said Their Engagement Was Inevitable

The Wedding Year star said, “we liked to joke when we first started dating that Wells and I are the same person with different genitalia. Sarah Hyland said that they were very similar and she felt like she met a kindred soul. She said the fact they became a couple officially before they were physical shows what type of relationship they have.

In an interview with Hollywood Life, Wells Adams shared the secret to keeping things spicy in a relationship. He seemed to be joking the whole time saying he hoped his mom wouldn’t see the interview. Through his giggles, he managed to give some advice.

Wells said, “role play. I don’t know get some costumes?” He said if you have to give advice in bed be constructive. Say, “hey, that was fun! How about we try it this way where you don’t suck at it?” He also said when you’re looking for the right time to kiss someone don’t do like he did on The Bachelorette or Bachelor in Paradise. He said don’t wait for seven dates to make a move, or kiss three people on the first day. That’s solid advice.

Do you love Wells and Sarah together? Let us know in the comments!