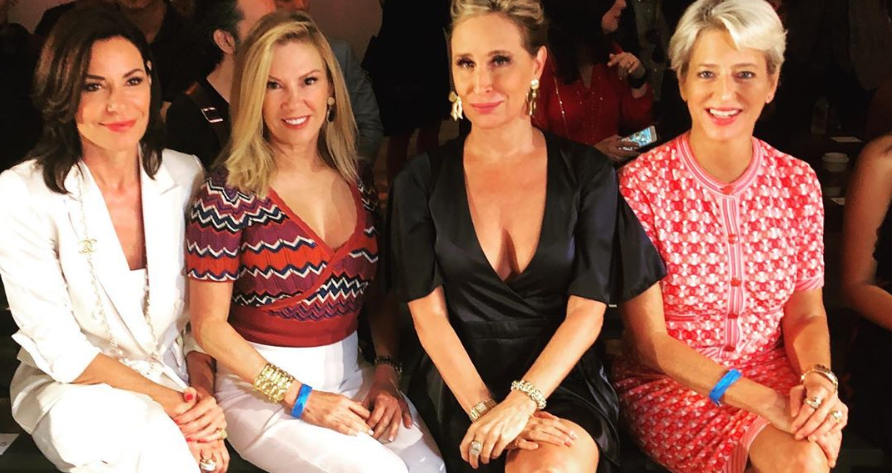 Sonja Morgan and Dorinda Medley of RHONY got into hot water recently with some rude comments. They made disparaging remarks about models Miz Cracker and Yasmine Petty at Fashion Week. The comments were heard not only by many of Dorinda’s Instagram fans, but also the models themselves as they walked the runway. As Miz Cracker walked by, Morgan said, “that’s a guy right.” When Yasmine Petty passed by, she said, “with a body like that, it’s a guy.”

The Instagram video came down fast, but it was too late. Fans came after the two reality stars for making insensitive comments. Some said they thought Sonja was an ally.

According to Page Six, apparently trying to recover her reputation, Morgan invited Miz Cracker to the release of her new line. The Ru Paul’s Drag Race star thought she was going to get an apology from Sonja Morgan, but that turned out to not be the case once she arrived. Sonja debuted a new collection in her Sonja by Sonja Morgan collection. The article said her clothes were colorful and glamorous. Her clothes are in the Instagram video below.

Thank you to everyone on my team and in my life who has supported me through this wonderful journey. Overwhelmed with joy after last nights reveal of #SonjabySonjaMorgan at #NYFW #internationalfashionlifestylebrand Each item priced under $250 @sonjabysonjamorgan @vanessanoelstyle #shoes

Sonja Morgan invited Miz Cracker to her fashion show. The model assumed it was so she could apologize for her rude comments. The vivacious model said that wasn’t what happened, instead she ended up feeling like a gay prop for the show.

She had to sign a release to be filmed for RHONY. Furthermore, it seemed Morgan was unaware of any wrongdoing. The women’s rights advocate said she wasn’t contrite when they talked on the red carpet. The only reason the model had agreed to go to the show was to see if Morgan’s comments came from a place of love or hate. She didn’t end up getting her answer.

Miz Cracker said,  “I was just being used as a gay prop and I was worried about my face being used as a token. She said she thought her face would be used to support the show and Sonja Morgan without getting an apology.

As for the RHONY star she didn’t seem to be aware she owed the model an apology. She stated, “I didn’t know she’s came for an apology … I’m not a phobic person. Morgan said she is open to all walks of like and celebrates everyone. She said all she said about Miz Cracker was that she was beautiful.  Those who heard her and Medley on video don’t see it the same way she does.