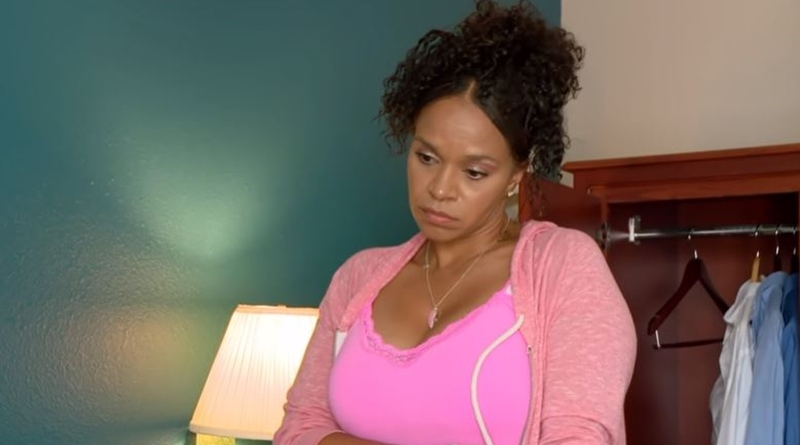 Love After Lockup star Elizabeth Kommes, (Lizzie) revealed she’s got a new boyfriend. He’s slightly younger than her, but that seems no issue for her. Named Dru, the biggest thing for Lizzy is that he’s sober. Fans recall that she and truck driver Scott Davey had a bit of a toxic bust-up. They dated on and off for ages but he since moved on and in August shared some photos of what looked like a new girl named December Jackson. Now, Lizzie’s also moved on, although it seems Dru won’t lavish money on her as Scott did.

One of the main criticisms that went Lizzie’s way from fans on the WEtv show, was that she seemed only in it for the money Scott dished out for her. But, it seems that Dru’s not gonna deliver in that area. According to the post where Lizzie made the official dating announcement, he’s not flush with cash. She said in the comments, “He ain’t [rich] he works in a factory…money is not an issue thank God.. money destroys our relationship we make the same amount.”

So, no money, but Lizzie’s more excited because he’s sober. Plus, she’s not worried about the seven-year gap in their ages. In the photo, Dru looks clean, neat, and definitely not on drugs. That’s something Lizzie might cherish. Also, recall how Lizzie wouldn’t put out for Scott? The self-declared “born-again virgin” may have tossed that over as well. In the photo, that’s def a hickey sharp-eyed fans spotted. Fans of Love After Lockup thought that indicated she’s no longer abstaining.

Lizzie drops the virgin side, dishes more facts about the new relationship

Admittedly, Lizzie never fully dished on the new couple between the sheets, but when asked by a fan she said, “Really you’re going to ask me that question? I’m having fun to the fullest🤣🤣❤️❤️😘😘😘.” Other facts that emerged as Lizzie answered questions include:

Of course, lots of fans sent in their congrats, noting that Lizzie looked marvelous. They hope the relationship lasts. After the post went up, Lizzie dished to Starcasm, that they “met at Hooker’s Resort in Poynette, Wisconsin.” Plus she revealed, “I believe it was love at first sight.” Aww, that’s sweet.

What do you think about Elizabeth Kommes’ new man Dru being sober? He’s a few years younger than her, but he looks like a really pleasant guy. Do you hope Lizzie keeps this relationship together? Sound off your thoughts in the comments below.