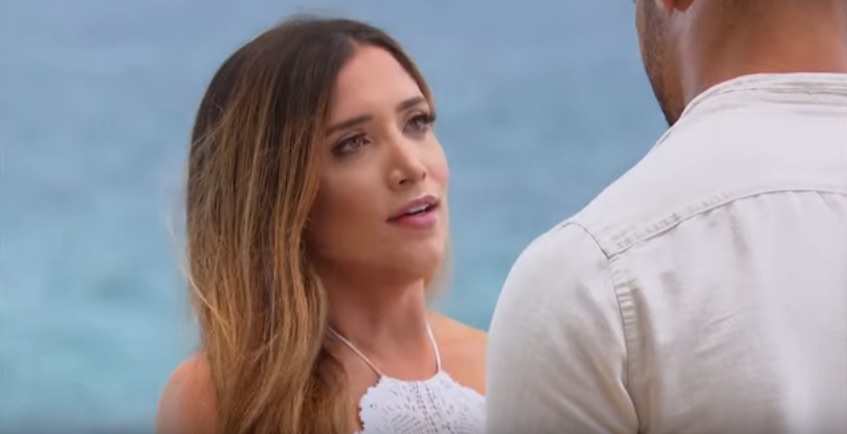 Bachelor in Paradise‘s Clay and Nicole were at Tuesday night’s After The Final Rose reunion; fans just didn’t see it, as ABC cut them from the show.

Bachelor in Paradise left one of the show’s final couples out of its reunion! Clay Harbor and Nicole Lopez-Alvar were noticeably missing from ABC‘s season finale and tweeted that the network cut them out.

The final hour of Tuesday’s episode was the After The Final Rose special, bringing back the Bachelor in Paradise season 6 cast to give relationship updates and share their grievances. But fans noticed that Clay and Nicole weren’t there.

Did they skip the reunion because they had broken up earlier in the finale?

Not at all. Both Nicole and Clay took to Twitter after the episode aired to reveal that they were there, but ABC chose not to air their footage.

Clay and Nicole went to the fantasy suite in the Bachelor in Paradise finale. But the fantasy quickly fell apart, with Clay deciding to spend the night without Nicole. He asked her for more time instead of jumping into an engagement, but she refused. Nicole took his hesitation to mean Clay was leading her on and didn’t really want a future with her.

You can watch their breakup moment again by playing the video below:

The truth about the Bachelor in Paradise reunion

After several people (including Bachelor franchise veteran Ashley Iaconetti) called out their absence, both Clay and Nicole tweeted the truth. They attended the Bachelor in Paradise reunion; ABC simply chose not to show them being interviewed.

Clay was particularly miffed, adding that he had canceled his vacation to attend the reunion.

I think they cut my hot seat 🥺

Me: I’ll be on vacation planned 6 months ago with college friends. Producers: you really need to be there ppl will want to know what happened.
Me: Okay I’ll cancel vaca and make it.
Producers: https://t.co/3GeHOIi9l6

Where are they now?

So where are Clay and Nicole after Bachelor in Paradise Season 6? Unsurprisingly, they didn’t rekindle their relationship after the breakup. Both also gave their opinions, and neither has changed their stance since what we saw on the show.

Clay took to Instagram and expanded on his thoughts from the beach. “I didn’t see myself getting engaged after 16 days of exclusive dating and I wanted to be 100% truthful with my feelings,” he said, “even though I knew there was a chance my truth wouldn’t get the outcome I wanted. I wish nothing but the best for Nicole and understand her position as well.”

Nicole posted her own statement on Instagram, saying in part, “When a man dares to string you along (whether it’s for 16 days or for 8 months) knowing very well he does not see a future with you—we are better off on our own than loving a man who doesn’t know what he has when he has it.”

So while Demi Burnett might get married in Paradise, Clay and Nicole won’t be—there or otherwise. See Nicole’s Instagram post below and get the latest Bachelor in Paradise relationship update here.

First and foremost, congratulations to my amazing friends and TV family who found love in Paradise. ❤️ This is what Paradise is all about. We put our lives on hold for the chance of finding someone who completes us. Yes, this show accelerates every relationship — but we all embark on this wild, vulnerable, and unconventional journey knowing it’s worth it. True love always is. While there is so much I want to share with you all, there is a message that I need to share that is far more important than me. Ladies, we don’t have to put up with anything less than wonderful. We are worthy of someone’s complete and all-encompassing respect, time, love, honesty, and energy. When a man’s actions don’t line up with his words, when a man’s promises fall flat, and when a man dares to string you along (whether it’s for 16 days or for 8 months) knowing very well he does not see a future with you — we are better off on our own than loving a man who doesn’t know what he has when he has it. I know it’s scary, but sometimes, the bravest thing we can ever do is love ourselves first. If that means to run, then run. I went into this experience with my heart wide open. I knew I could be setting myself up for heartache. But if there’s anything this past year on The Bachelor and Bachelor in Paradise has taught me, it’s that I’m stronger than I give myself credit for. I don’t regret a single moment. I love you all so much ❤️❤️❤️ and remember — we are ALL worthy of our own happy ending. Whether that be with a partner or not. ‘Cause we’re our own soulmates. Xo, Nicole