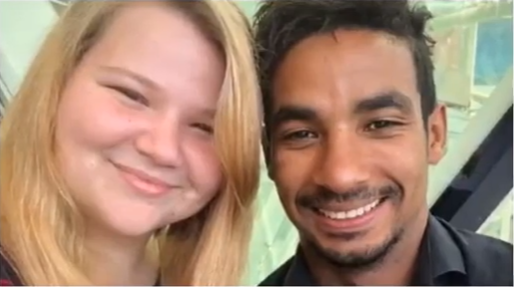 Nicole Nafziger revealed some surprising news about her and her long-distance love, Azan Tefou. They will not be returning in the new season of 90 Day Fiancé. She gave an update on her future on the reality show via Instagram this past Monday. Of course, these two still aren’t married.

Nicole Addressed The Rumors About Her Relationship On Instagram

A fan asked what the possibility of her returning to 90 Day Fiance was. Nicole confirmed the news and explained why they passed on the opportunity. This doesn’t seem like it will be the last fans will be seeing of this couple. There’s a chance they will come back later on.

Nicole, 25, recently opened up about her relationship with Azan in July, during the recent season of 90 Day Fiancé: Happily Ever After?

Many viewers were looking forward to seeing them in the upcoming season, but it looks like the couple is taking a break from filming. Nicole, a native of Florida, explained why they chose this for now.

While addressing some of the rumors about their relationship, Nicole opened up. Someone commented on her Instagram post, “Is it true that you and Azan won’t be on TLC anymore because you were physically violent with him?” To which Nicole responded, “No. We aren’t going to be on another season because we chose not to go on again right now,” to clarify the rumor.

Despite rumors and haters, the couple is still going strong and is closing in on four long years together. Many fans think the couple won’t make it to marriage, but Nicole doesn’t let this get her down. In August, she took to Instagram to give an update and share that they are still together despite the long distance. She has made it clear she hopes they last.

The Couple Continues To Fight Whatever Battles Are Thrown At Them

Many believed the couple wouldn’t end up married because of their multiple failed attempts at getting married. Granted, many of these failed attempts were not up to them, it was the K-1 visa and spousal visa that caused trouble, according to InTouch. The couple still has plans to live out their lives in the United States when everything eventually falls into place. Recently Nicole discussed how far they’ve come and how difficult it can be to share their story with the world at times.

Nicole seems to be finding a balance in her life at the moment, she recently shared a new photo showing off her weight loss progress.

Many of her costars were raving over the picture and praising her for her progress, Molly Hopkins commented, “Looking great!!!”

InTouch says that Instagram seems to be the best resource for fans to keep up with Nicole and Azan, as they both have been posting there. Azan has recently returned from a hiatus, where he shared some photos documenting his workouts.