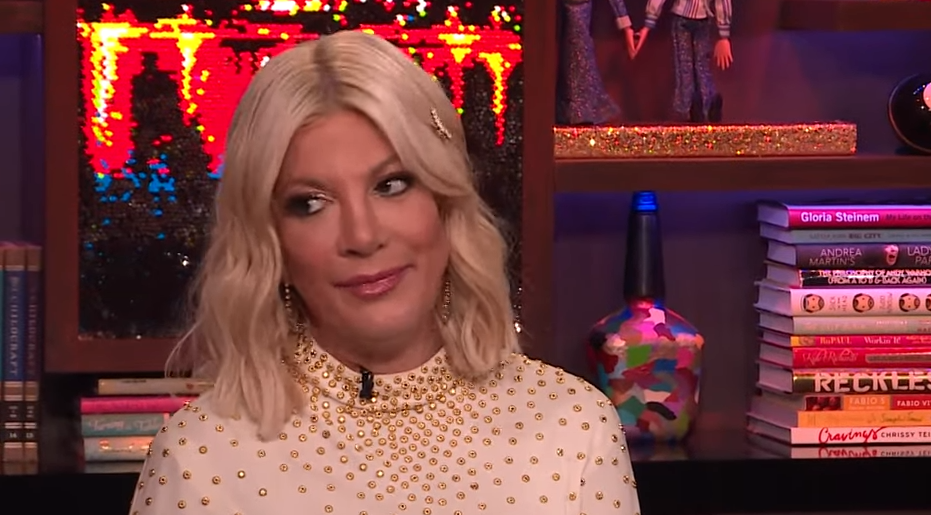 The comeback of Tori Spelling may have been a hit for BH90210, but it’s pretty clear, not everyone is a fan. So far, the show hasn’t even renewed for a second season.

In an exclusive from RadarOnline.com, Spelling, 46, recently moved into a rental in the expensive Hidden Hills of Los Angeles. Ever since, she’s been desperate to gain the friendship of her new neighbor, Kim Kardashian.

It had been revealed that Kim, 38, wants nothing to do with Spelling, in fact, she can’t stand her! That doesn’t sound good for Tori.

Love supporting #mombombs like my friend @iamjessicahall and her new endeavor with @bblifestyleofficial … – Amazing vegan skincare! Congrats Jess I ❤️you. And, so much fun lunching with all these lovely ladies. Dress : @misa_losangeles

ET reported that Kim seemed to be excited that she had been asked to take a role in the new season of 90210, oddly enough. Because Kim Kardashian is currently studying to be a lawyer, Tori Spelling and Jennie Garth revealed they want her to portray Donna’s lawyer in the reboot. Not to mention her close friendship with co-star La La Anthony.

A source told Radar about Spelling’s admiration Kim and everything she’s accomplished. “She’s putting the word out to neighbors and mutual friends that she’d love to be in Kim’s moms’ club. Get together for BBQs and playdates on the weekends with the other Kardashian sisters and their kids.”

The source went on to say that Spelling can’t even get a call back from Kim, “Truth is, Kim thinks Tori is the world’s biggest loser and incredibly tacky with her mountain of debts. She’s annoyed that she’s brought her baggage to her exclusive Hidden Hills enclave.”

Kim’s friendship isn’t the only thing Spelling is desperate for recently. In early August, CheatSheet reported that the star had a desire to be on Real Housewives of Beverly Hills and had been disappointed she’d never been given the chance. It doesn’t look like it is going to happen either.

Spelling shares the new home with her husband, Dean McDermott, and their five kids. The house bodes 3,500 square feet, with five bedrooms and five bathrooms.

Regardless of her past money troubles, Spelling and McDermott are paying $13,000 a month to live the luxurious life and be surrounded by other famous faces. Maybe things are finally looking up for her.

The actress has been reported to owe City National Bank $266,000, which they are hoping to get out of a lawsuit.