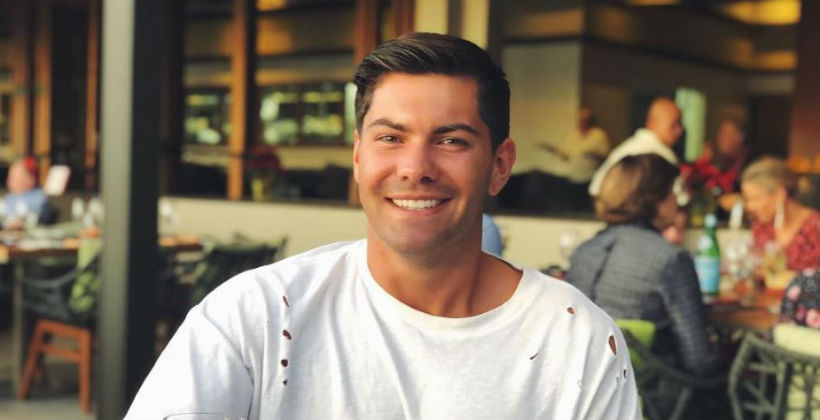 Dylan Barbour and Hannah Godwin of Bachelor in Paradise had a rocky start to their relationship. Dylan has always been into Hannah, while Hannah has also been pursued and tempted by other men. Now that is all behind them and the two seem very happy together on the show. While they are happy with their relationship,  it would seem some fans are not.

Us Weekly shared some negativity that was written on social media in which Dylan fired back. So what happened? One critic had something to say to Hannah on Instagram and it did not sit well with Dylan. As a comment to a video shared by Bachelor in Paradise, one fan said, “@hannahg11 you could do so much better than Dylan! You need a MAN!” Dylan wasted no time replying to the troll saying,  “@laurbjensen you tell her Lauren.”

These two are so precious! #BachelorInParadise

Hannah Godwin shared a sweet memory in a video clip

The video clip that received the negative comments about Dylan was of Hannah reminiscing about a date they had shared.  Hannah says of Dylan, 24, “One of my favorite memories, where I died laughing, was when Dylan kind of messed up on his Spanish,” she continued, “He meant to say, ‘I love Hannah’ to his whole party of people, but instead he accidentally said, ‘My name is Hannah.’”

@hannahg11 shares one of her favorite Paradise moments! Will the 'amor' continue on the #BachelorInParadise Finale Event?

While there will always be some critics, there are also many fans who are happy to see Hannah and Dylan together. Many shared comments that Dylan and Hannah are their favorite couple.

One fan said, “It’s like you guys are so meant to be together…so happy you didn’t get stuck with Colton and Hannah B.”

Another gushed, “U are so beautiful Hannah ❤️it when you smile even tho lol Dylan mess up 😍,u sure got the best guy🔥 ever out of the bunch lol❤️🙌.”

Which men tried to win Hannah over this season on Bachelor in Paradise?

Blake Horstmann and Wills Reid both had a huge interest in dating Hannah. They both talked with her and both even kissed her. Through it all Dylan forgave her and stood by her side. He knew he wanted to be with this girl.

At the time, Dylan said, “It’s definitely hard to imagine the chemistry that we have being replicated with another person here,” Dylan continued, “I am happy she said something, but then it’s like, OK — then why are you making out with other dudes?”

That is all in the past now. After the first few weeks, Hannah committed to Dylan and the two have been going strong since. Dylan admits he keeps falling in love with Hannah more and more everyday. Hannah says Dylan is a keeper.

Will Dylan and Hannah get engaged? Find out Tuesday. The season finale of Bachelor In Paradise airs tonight on ABC.

Wait, Why Isn’t A New Episode Of ‘Seeking Sister Wife’ On?!
‘Bachelorette’ Fans Asked, We Answer: What Does ‘Sex-Positive’ Mean?
‘Bachelorette’ Preview: Katie Warns Clout-Chasers To Get The Eff Out
Tori Roloff Says Matt Is Very Controlling – Here’s Why
Michael And Angela Deem Milking Their Baby Issues On ’90 Day Fiance’?