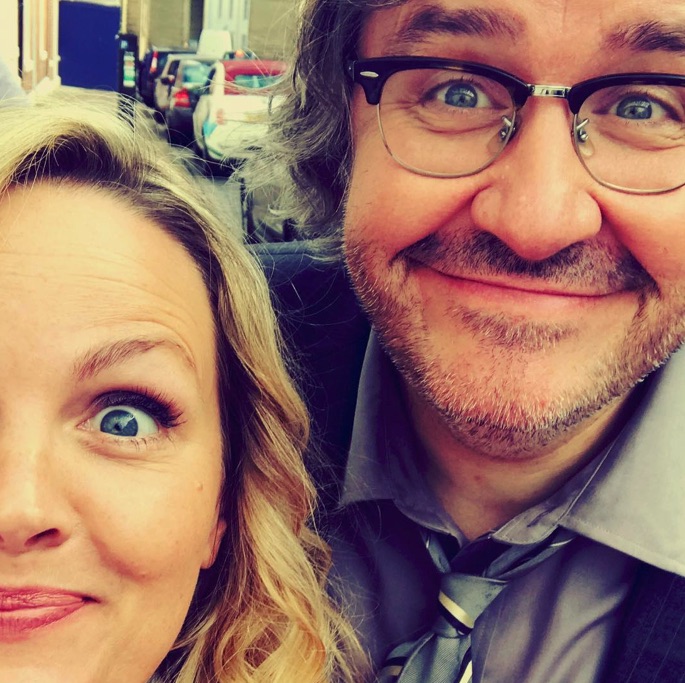 This week the BBC announced that they are giving Shakespeare & Hathaway: Private Detectives not only one season renewal, but two. They are also adding a new series regular. What do international fans of this popular British cosy mystery need to know now?

The unlikely pair met because Lu was investigating her fiancé. Despite having a nagging mother who spent a lifetime attacking Lu’s self confidence, the beautician-turned sleuth has turned into quite a good detective. Add theatrical assistant Sebastian Brudenell (Patrick Walshe McBride), and the result is a witty and original British cosy mystery. This BBC mystery series offers nearly no violence, a lot of humor and oodles of quirky characters. The first two seasons became instant hits. What should we expect in Season 3?

They have just begun filming the next 10 episodes. Season 3 will include a cornucopia of entertaining storylines. This includes an aging rock star who has a deal with the devil and two Shakespeare-related mysteries. One episode is set in a Shakespeare museum that holds deadly secrets and the second is a King Lear-inspired story that takes place at a carpet warehouse.

Will There Be A Romance Between Lu And Frank?

Could there be a Moonlighting sort of romance between Lu Shakespeare and Frank Hathaway? According to Whats On TV, Jo Joyner admitted that there was a scene that could have qualified as romantic, deleted from Season 2. While Season 1 introduced the characters In Season 2, we got to know more about their pasts. Both have learned a lot about the other, as Frank and Lu became closer friends. Joyner shares that by the end of the second season, “there’s a real loyalty there.”

Marc Benton suggests that the possible romance should be “simmering under the surface.”

Yasmin Kauer Barn is joining the show portraying PC Viola Deacon. TV Wise shared that Deacon is a pal of Sebastian’s. She has a “boundless, puppy-like enthusiasm.” What does this mean for Shakespeare and Hathaway’s nemeses,  DI Christine Marlowe (Amber Aga) and DS Keeler (Tomos Eames)? There is no confirmation on whether the two officers will be returning. The Season 2 final episode, “Too Cold For Hell,” could have closed the storyline for both characters. Their revelations added to Frank’s backstory. The use the character of PC Viola Deacon could give more insight into Sebastian’s life.

Americans are increasingly using BritBox and Acorn for murder mystery shows like Agatha Raisin. The show that stars Ashley Jensen, will premiere the first episode of Season 3 on October 28.

Although many of these mysteries air on PBS, it is these British prestige streaming services that are making such show worldwide hits. For example, Midsomer Murders is now leaving Netflix at the end of October, but fans can still see it on Acorn and BritBox. Americans will be able to see the highly anticipated Season 21 episodes before they air in Great Britain!