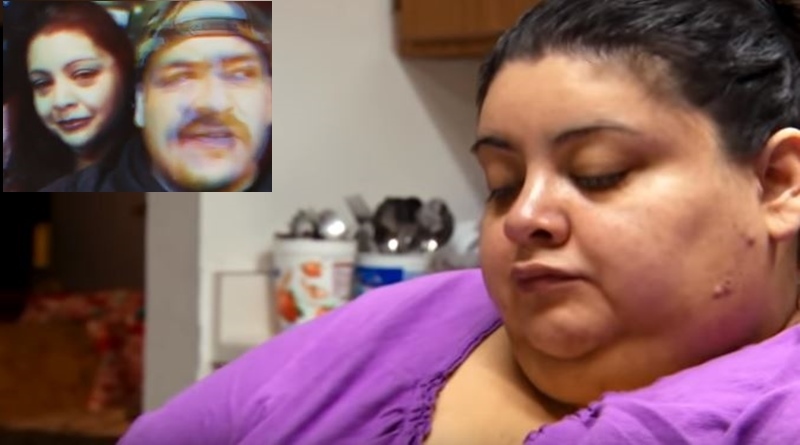 My 600-Lb Life brought us both Karina Garcia and Gilbert Donovan’s wife, Lupe Donovan. The two cast members both lost a huge amount of weight, but in Lupe’s case, Gilbert caused a bit of an outcry from fans of the TLC show. They felt he wanted to pressure Lupe into intimacy before she was ready after surgery. Back in February, fans got a bit unhappy about a Facebook video that Gilbert shared. In it, he and Karina talked about exercise and weight loss. It was Karina’s first live Q&A and she described Gilbert as her “bestie and trainer.” But Starcasm revealed it’s probably much more than just friends now.

The TLC show debuted Karina in Season 6. She never got much support from her family and vowed to take off as soon as she could lose the required weight. Well, it looks like she took off, straight into the arms of the self-professed “God’s messenger.” Starcasm wrote about a Facebook video, noting, “It seems Karina and Gilbert had been working together as trainer and trainée for some time before more or less going public with the news in a Facebook Live vid this past February.” Some unhappy fans asked where Lupe was.

In an April update on that, we found out that Lupe moved on from Gilbert. He saw her suffer infections and also require some repairs. New boyfriend, Andrew Renteria passed away and left her heartbroken twice over with her weight also going back up. We actually saw Andrew in Lupe’s My 600-Lb Life spinoff of Where Are They Now? in 2018. In the meantime, Gilbert and Karina seem to continue their busy schedule of training and getting closer to each other. Recent pics showed that the training is working and Karina looks amazing.

Lupe and Gilbert Donovan and the divorce

By July, we heard that Lupe and Gilbert filed for divorce, but at that the time we weren’t sure if the divorce went through. However, by August, the rather sorry story of betrayal and lust seemed confirmed. Once again, Starcasm dished, “We can confirm with this My 600-Lb Life Lupe update that Karina and Gilbert are indeed a couple and that Lupe appears to still be grieving over the loss of Andrew Renteria, her longtime paramour, earlier this year.”

Starcasm‘s John Sharp has done a lot of sleuthing about this rather unedifying story. In September, another update emerged from him. In this article, he said, “The lovebirds shared [a] glitter-tastic snap on September 10th, while in the middle of answering/parrying a flurry of fan questions and criticisms about their relationship.” They do look very well in the new snap and Karina seems to have taken on a new life with her trainer.

Well, intrigued fans might not have too long to wait to see the relationship unfold for themselves. In the same posts, it emerged that Karina’s been filming Where Are They Now?  Although the two of them couldn’t agree on when it would air, we can assume it comes out in 2020.

What do you think about Karina still apparently with Gilbert Donovan? Are you looking forward to seeing them again on Where Are They Now? Sound off your thoughts in the comments below.

Remember to check back with TV Shows Ace often for more news about TLC’s My 600-lb Life.