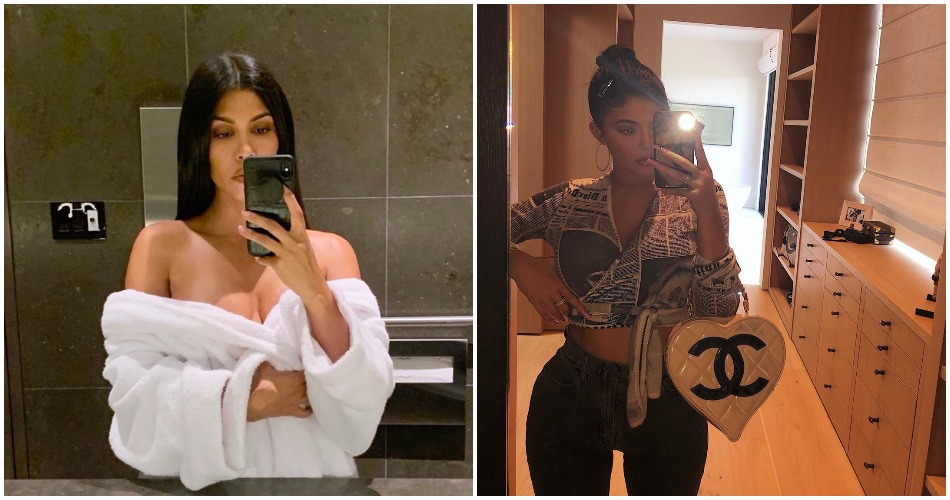 Kylie’s older sister Kourtney Kardashian, 40, opened up about what it’s like to have a billionaire as a younger sister.

The Real Gets The Truth Out About The Sisters

According to People, during the season premiere of The Real on Monday, Kourtney admitted how intimidating her younger sister’s billionaire status can be.

“Probably subconsciously it makes us feel like, ‘When is it enough?’” Kourtney told her co-hosts Jeannie Mai, Tamera Mowry, Loni Love, and Adrienne Bailon Houghton.

“And that’s a thing I always think to myself, ‘When is it enough?’ Because I don’t like missing out on certain things like doing my kids’ homework or certain after-school activities for different things like that,” Kardashian went on to explain.

Kylie, 22, had been named the world’s youngest billionaire by Forbes, in the magazine’s annual Billionaires 2019 ranking in March.

“I didn’t expect anything. I did not foresee the future,” Kylie told Forbes. “But [the recognition] feels really good. That’s a nice pat on the back.”

Kylie Cosmetic expanded into Ulta last year, this drove the company’s revenue to shoot up 9 percent. Last year’s revenue estimated to $360 million, the overall valuation of the brand estimated to be $900 million, Forbes calls this a “conservative” report. Kylie owns the entire company solely, having launched it in 2015 with three Lip Kits.

Kylie doesn’t only earn money from her cosmetics though, she also gets them from her extensive assortment of product endorsements, her KUWTK checks, the Kendall + Kylie clothing line, as well as her partnership with Adidas.

“It’s the power of social media,” Kylie said. “I had such a strong reach before I was able to start anything.” The young businesswoman credits most of her wild success to the internet and social media. She has over 128 million followers just on Instagram.

Kylie Explains What The Kardashian “Sisterly Love” Is Like

Kylie made an appearance on the season 17 premiere of The Ellen DeGeneres Show, where she opened up about being the only billionaire in her famous family. She shared that her sisters, Kourtney Kardashian, Khloe Kardashian, Kim Kardashian West, and Kendall Jenner enjoy poking fun at her financial status, especially when it’s about their elaborate vacations.

“When we’re in a group chat talking about where we should go for a trip, they’re like, ‘Kylie? You going to pay for it?’” Kylie said assisted by her mom Kris Jenner. “Just stuff like that.”

“They just joke with me, just sister love They’re all really proud of me, for sure.”

Each of her sisters has their own success story as well. Kim has her new shapewear, SKIMS, and Khloe has Good American denim. Kourtney has a lifestyle brand Poosh, and Kendall has been named the world’s highest-paid model in 2018. These reality stars are taking their careers farther than TV.

Kourtney Kardashian was asked on Monday’s episode of The Real if she ever thought her family would be this successful. To which she answered, “We didn’t even think about it. We just hit the ground running … We just kind of did it and it happened so quickly, and I don’t think we even thought about it.”

Will The Kids Of The Kardashian Family Have The Same Fate As Their Parents?

No makeup. Been using my Hora x Poosh Derma roller three nights a week with our Hora x Poosh Hyaluronic Halo + CBD Serum which I use every night and every morning and both have changed the texture and tone of my skin, especially after a summer in the sun. ✨

She definitely gives the credit to Keeping Up With The Kardashians for her success, she won’t force her kids to live their lives in the public eye as well. “If they want to do it,” Kourtney, who has sons Mason, 9, and Reign, 4, and daughter Penelope, 7, with her ex Scott Disick, said. “I definitely would never push them to do it and it’s not something that I’m hoping they’re going to do. Whatever makes them happy I think.”

According to E!, she herself has felt at times that she wished the family wasn’t in the public eye. Even though her family is always there to help when things are getting hard.

“Khloe always tries to instill in all of us is let’s wake up and be so grateful. Grateful that I’m filming in my house or going to Khloe’s house for the day or filming with my sister or my mom or my kids and so I do feel like we all have our moments where we are like ‘I hate this’ or whatever,” Admitted Kourtney. ” Currently, I am happy, very into my blessings, and feeling really good. I’ve definitely had my moments because life is short.”

Only the future will tell what is in store for the Kardashians, kids and adults alike.

Jenelle Evans Claims Being Self-Employed Pays Her ALMOST As Much As MTV
‘BIP’ Natasha Parker Is Moving On, Saying Goodbye To The Past
‘Y&R’ HUGE Spoilers: Victoria Is On To Ashland, Wedding Day Fail?
Blake Moynes FINALLY Meets The Main Man In Katie Thurston’s Life (VIDEO)
Khloe Kardashian, Not Good Enough To Get Invited To The Met