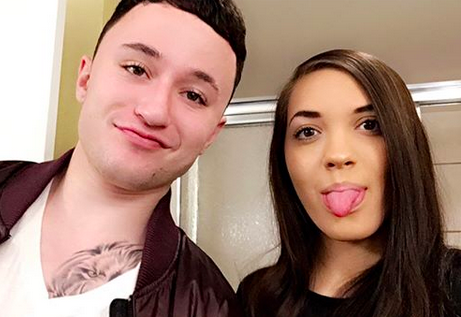 Fans of TLC’s Unexpected know that Max Schenzel and Chloe Mendoza don’t have an easy relationship. Much of what is shown on the TLC show features the drama and conflict between the two. In addition, Chloe’s parents aren’t happy with Max and don’t want him around.

So far, on Unexpected, the bad side of Max has been shown. He is dealing with drug problems and is disrespectful toward Chloe’s parents. Most fans of the show agree that Max needs to get help for his drug issues.

Based on what fans have seen, they believe that Chloe is doing her best. Max tends to get most of the criticism from fans of the show.

Well, a recent social media post from Max might change Unexpected fans’ minds. On Instagram, Max shared a picture of Chloe and wrote a long caption about how she has been unfaithful to him. In the caption, he wrote,

“This girl right here has been cheating on me for the past month behind my back . I gave her everything and all the time in the world and in return she was with another guy . Yet her and her parents blamed me for everything. She would also unshare her location while going to the guys house and say her ‘phone died and she’s at her grandmas’ Don’t trust THESE HOES!” 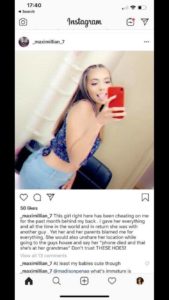 Shortly after Max shared this photo and caption, he deleted it from his page. He also commented on Chloe’s most recent Instagram photo and called her a “cheater”.

Is Unexpected star Max telling the truth about Chloe?

When fans saw that Max posted this picture of Chloe and wrote about her cheating, some began to question whether he is telling the truth. With all of the drama between Chloe and Max, fans wouldn’t necessarily be surprised to find out it’s fake. Of course, there’s always a chance that it’s the truth.

It’s not likely that fans will find out anytime soon whether Max is telling the truth about Chloe cheating. The next move is unpredictable. Chloe could retaliate or Max could post about her cheating again. Fans don’t know what to expect next. Unexpected fans do recall Chloe saying that she wouldn’t wait around for Max if he went to jail.

Don’t miss Unexpected on TLC at 10/9c on Sundays.