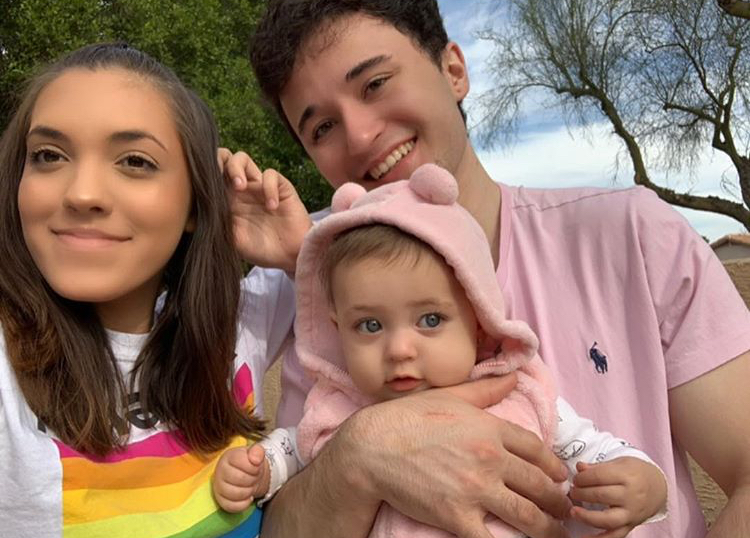 If you’ve been watching Season 3 of TLC’s Unexpected, you know all about Max’s relationship with Chloe’s parents. Things have been rocky between them for as long as fans can remember. Chloe’s mom and step-dad don’t particularly like Max and they have made that very clear. They have even gone so far as to make sure he isn’t in their home.

Since Chloe’s parents aren’t so fond of Max, Chloe struggles to maintain a relationship with him. She seems to want to be with Max, especially because he’s the father of their daughter, Ava. Unexpected fans think that Chloe’s parents are a little too strict with Max. Fans say that this makes Chloe’s life more difficult because Max can’t be at her parents’ house to help her out with Ava.

TLC recently released a sneak peek of Season 3 Episode 7, which airs Sunday, September 15. In the Unexpected clip, Chloe talks about her plans to go to college at Arizona State.

In an on-screen interview, Chloe talks about how she feels, saying, “I wish I could be more open with my family and tell them that I’m moving in with Max because I am excited. But I just feel like I can’t mention it or talk about it or else I’ll be like shunned or… everyone will be mad at me.”

Later in the clip, Chloe is talking to her family about her apartment search. Since she is going to college, she is searching for an apartment near Arizona State. In the clip, the young mom accidentally lets it slip that she is getting an apartment with Max. She uses “we” instead of “I”, which gives it away that Max is involved too.

The family obviously notices that Chloe said “we”, which causes some drama. In an on-screen interview, Chloe’s mom asks, “Why does Chloe feel like she has to sneak around at this point? I don’t know why she just isn’t honest. We know she’s in this relationship with Max, and I just wish we had that type of relationship still.”

After Chloe’s mom expresses her feelings about this, the clip comes to an end. Fans of Unexpected will have to wait for the episode to air to see how this all goes down.

What do you think of Chloe and Max moving in together? How do you feel about Chloe’s mom’s reaction? Leave a comment below!

Don’t miss the upcoming episode of Unexpected! It airs Sunday, September 15 at 10/9c.