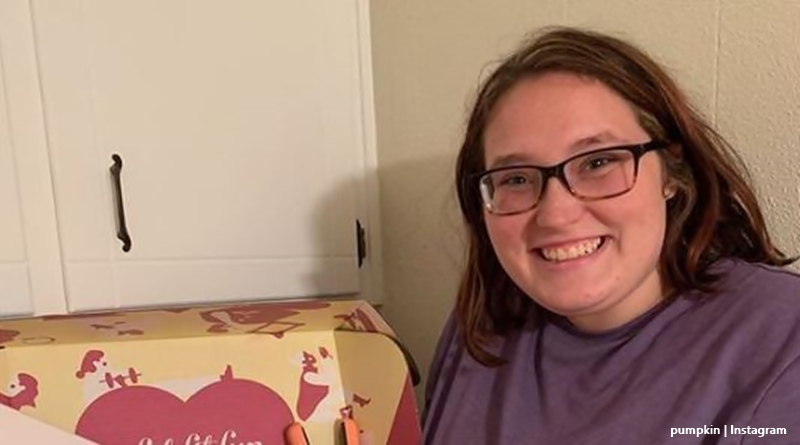 Mama June Shannon fans grew concerned about Alana Tompson (Honey Boo Boo), in the last season of Mama June: From Not to Hot. We know that June started to lose it, and refused cooperation with family intervention over drug use. It all ended up with Alana going to stay with her sister Pumpkin. It’s been a very difficult time for both the girls, as since then word came out they’re estranged from June. Working through this time, Pumpkin looks for something positive to hold onto. This weekend, she shared a verse that gave her inspiration and passed it on. Many fans also struggle with life circumstances and they expressed how grateful they are.

TV Shows Ace reported on the tragic story of June disintegrating and eventually abandoning Alana to her sister’s care. In July, we wrote, “Currently, the young girl is living with her older sister, Pumpkin. Based on all of the drama that is going down, it’s likely that Honey Boo Boo got desperate and couldn’t live with Mama June any longer. She may not have had much of a choice in the matter.” Sometimes, we see both Pumpkin and Alana sharing their thoughts on what’s happening right now. Either they both read the same books or quotes, or they see someone as they try and cope.

They also cope with the bad news about their mom, Mama June.  The Blast reported on September 13, things don’t look good for her and Geno regarding their drug arrest. They noted, “A grand jury has slapped Mama June and her boyfriend Geno Doak with felony charges over their arrests for cocaine possession.” They wrote about court documents they obtained, “The State of Alabama had a grand jury review the evidence in the case. The Grand Jury then came down with two charges for Eugene “Geno” Doak and June Shannon (Mama June).” Of course, that means they both face possible prison sentences.

Looking for Inspiration, the girls fight bravely on

While Pumpkin seeks for inspiration, what she shares also often inspires their followers as well. One of those that Pumpkin shared came from Rabia Naim. Rabia shared on the Thought Catalog website” I’m slowly learning that even if I react, it won’t change anything. It goes on, saying, “it won’t make people suddenly love and respect me, it won’t magically change their minds.” Plus, “Sometimes it’s better to just let things be, let people go, don’t fight for closure” and don’t ask for explanations.” Another line suggests, “don’t chase answers and don’t expect people to understand where you’re coming from.”

It seems that Pumpkin’s really learning the additional thought-provoking concept: “I’m slowly learning that life is better lived when you don’t center it on what’s happening around you…center it on what’s happening inside you instead.” The quote ends with, “Work on yourself and your inner peace.” This really touched some Mama June, Alana, and Pumpkin followers. Many of them needed this message and what comforted Pumpkin inspired them as well.

Never read something so accurate ❤️

Friends and fans of Mama June’s family responded with encouragement and best wishes. So many of them admire Pumpkin for looking after her sister. Plus, they’re mindful that she is in quite new marriage herself, and raises her own little girl as well. Some of those fans also related their own tragic family circumstances and how much the message meant to them.

One follower said “It took me 50 years to figure this out. You are very wise to learn this at such a young age. Love to you and your family.” Yes, it’s actually hard that Pumpkin learns this so young. But, what a wise momma she’s going to be in the long run. Do you agree that Pumpkin’s hurting and in a hard place right now, but she seems to be determined to learn how to cope with life? Did you need to hear that inspired message from Pumpkin? Sound off your thoughts in the comments below?

Remember to check back with TV Shows Ace often for more news about Pumpkin, Alana and Mama June.