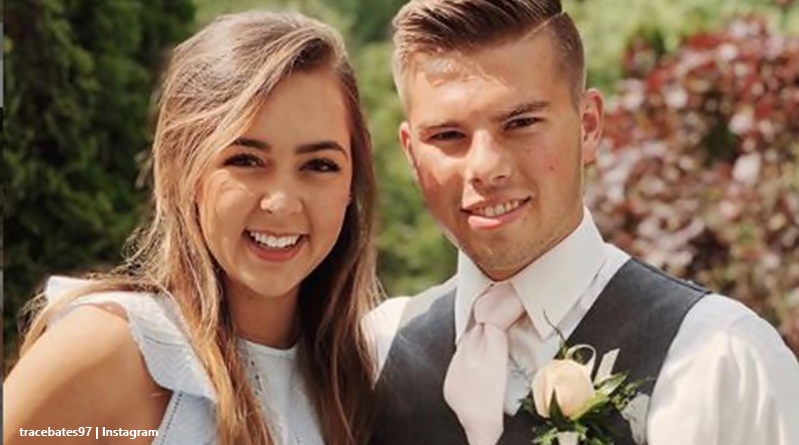 Bringing Up Bates fans heard their speculation about Trace Bates and Chaney Grace being an item hit the spot. This week, news came out that the couple officially started dating. Of course, that got fans of the UPtv show excited and they started visiting Chaney’s Instagram a bit more. Now, Chaney shared her fall fashion choice and fans agree it’s very cute.

TV Shows Ace reported that when the couple announced they’re dating, she comes from Texas. We noted that Trace revealed via  InTouch Weekly, “although she lives miles away in Texas, he still gets to see her as often as he can. In fact, mom Kelly Jo helped out with the long drive on one occasion. So, it looks like the whole family’s signed up to give the nod to this relationship.” When she shared her Instagram photo about fall fashion, some fans noted it’s still way too hot in places like Georgia to think of fall fashions. But others said she’s way ahead of the pack.

Actually, the general agreement is that Chaney’s super-cute and her outfit really looks nice on her. Comfortable, and with space to layer up, it’s practical and attractive on her. The latest addition to the Bringing Up Bates family captioned her post with a clever comment. She wrote, “Overall, I guess you could say we’re pretty excited for fall🍂.” Of course, fans picked up on that, noting she wore light blue overalls over a loose-fitting maroon tee-shirt.

It might surprise Chaney that fans would want the same style overalls as her choice for fall fashion. But, as reality TV stars know, when fans like someone, they want to see what they wear. And, they want to know where they can get the same outfits. Quite a few people asked her where they can find those overalls. But, as yet she didn’t reply. Mind you, it’s late at night, so maybe Bringing Up Bates fans will get an answer in the next day or so.

Followers liked her outfit, and one of those likes came from Jill Dillard. Fans said that Chaney looks really cute in her outfit. @rosebudd276 wrote, “Love your style it’s cute.” Meanwhile, @camille_mercer7 asked, “@chaneyygrace where did you get your overalls from? Y’all are so cute!” @ellagracieedmonson agreed, noting, “Aweee! I love the overalls!💜🍁👌🏼.” Of course, many fans are excited about Trace and Chaney and hope to see her on the upcoming seasons of the TV show. On Trace’s IG, one fan spoke for many when they said, “Congrats… You make an adorable couple. Hope we get to learn more about Chaney.”

Overall, I guess you could say we’re pretty excited for fall🍂

What do you think about Chaney Grace, Trace Bates’ girlfriend choosing such a cute fall fashion style? Sound off your thoughts in the comments below.

Rivers Waldrop Rushed To Hospital After Nasty Fall
Carly Waddell Rushed To Hospital, Evan Bass By Her Side, What’s Going On?
Zach & Whitney Bates Have HUGE Update Amid Baby Jadon On Life Support
Kendall Jenner Flaunts Plump Booty In Barely-There Bikini Bottoms
Which Duggar Courtships Seem To Be In The Works?