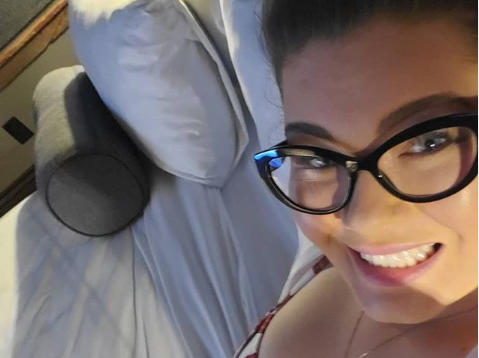 Amber Portwood got out of prison and fans thought she was going to turn her life around according to Hollywood Gossip. That wasn’t exactly what happened.

Things got bad with her new man, Matt Baier who she started dating after she got out of jail. Amber Portwood has a history of abuse from when she was with Gary on Teen Mom. She punched him and kicked him among other things.

Goodnight loves! Be kind to each other and always sending love❤ hopefully I'll be asleep soon🙏🙏

Amber Portwood Just Kept Getting Worse After That

She went to prison for domestic violence against Gary. She also did some drugs that violated her probation and continued to get into trouble. Once she met Matt Baier, some people thought maybe things would be different.

Then a picture of Matt circled around where he was bleeding from the face with the caption look what she did. He later denied he was talking about Amber Portwood, but fans still thought she’d done it. After Marriage Boot Camp ended that relationship she moved on to Andrew Glennon.

Then Andrew Glennon Had Enough Of Her Accusing Him Of Lying

So now she’s been abusing men over the course of ten years allegedly and still keeping her job as a reality television star. Andrew got her pregnant soon after they met. The new baby should have been a new start, but then she chased Andrew with a machete while he held their son and got arrested in July. Then she denied his story, made fun of him for getting in contact with 911, and said he cheated on her.

Andrew continued to not only say his story was the truth, but that she’d abused him for a long time. Fans didn’t believe him until audio came out of Amber threatening to kill him and hitting him while their baby cries in the background. The producers of the show had a meeting according to the article after the recordings were released. Of course, the proof Andrew has changes things for them and the fans that were supportive of Amber. She is currently not filming at the insistence of her lawyer.

Andrew Glennon Says She Threatened To Kill Their Son

In an even more shocking story, Andrew Glennon said she’s threatened to kill their son. He claimed Amber Portwood shoved him down for messing in a cabinet and threw him on the bed for crying. He said she threatened to kill herself, him, and their son. Time will tell if she really gets fired, but after the audio proof, fans will have a hard time trusting her again.