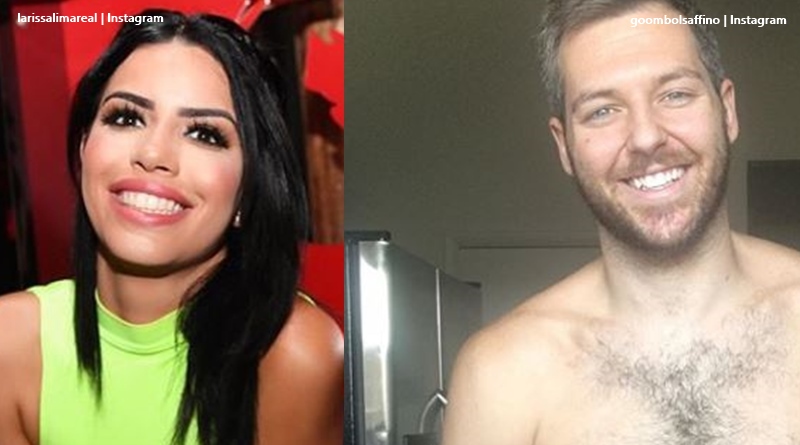 90 Day Fiance‘s Larissa Lima booted Eric Nichols out of her life very suddenly. On his IG, Eric put out his side of it, that indicated she came over as high maintenance. Meanwhile, Larissa allegedly already joined a dating site and they both move into single life again. Of course, some fans theorize it’s all to do with TLC and a plot to get more TV time with Colt – either way. But, Saturday revealed a made-over Larissa with short hair, and Eric got goofy on his account.

Eric posted up his story after he found out via his mom that Larissa broke up with him very publically. That’s already been done to death on social media. Plus, theories that Colt’s trying to make mileage out of it all emerged. There’s even talk that Eric reached out all buddy-buddy to Colt to get some mileage as well. Some Larissa fans crow that Eric got dumped and was only in it for 15 minutes of fame. Mind you, one wonders what fame he could have been after, following Colt and Larissa’s split. Taking on someone facing allegedly criminal battery charges, no job, no income, and deportation could hardly be an attractive proposition.

Irrespective, everyone who ever saw Larissa on the TLC show realizes she’s a bit of a high-maintenance person emotionally. So, fans are divided between Eric and Larissa. But, Eric’s moving on. His first single-again post brought a goofy, if weird video, of him dancing a kid of jig – actually a 90 Day Fiance style ‘jiggy jig’ at the kitchen table. Attached to a cord at his waist, he did some odd moves with the flip phone. His next post showed him up, out and about, and enjoying his weekend at the Blind Donkey in Long beach.

While Eric looks relaxed in good company at Long Beach, Larissa dolled herself up and got a bit of a make-over once more. She shared a photo to Instagram on Saturday night that made her look young and attractive with a slinky outfit, short hair and gigantic lips. She captioned it with only hashtags and was of those was #singlelife. Another was #saturdaynight. 90 Day Fiance fans who love Larissa Lima gushed over her new hairstyle, tats, and boob-enhancing outfit.

@msdonya45 wrote, “OMG I love ur hair cut……ur so beautiful & stunning & adorable 💜💜.” Others also mentioned how great she looks with shorter hair. But one follower, @kymberlibenton said, “no, took hair extensions out they will be back in a week or less lol.” But some people even doubted the picture was really of Larissa. After all, she looks very different from the Larissa who started out with Colt Johnson. One fan asked, “Who is this?” Another replied, “I’m guessing @larissalimareal, but I could be wrong,” But most fans think it’s her for real, and love the look.

What do you think of Larissa with shorter hair? Do you think it makes her look really pretty? How about Eric Nichols and his goofy dance on his first newly-single weekend? Sound off your thoughts in the comments below.

Remember to check back with TV Shows Ace often for rumors and spoilers about 90 Day Fiance.