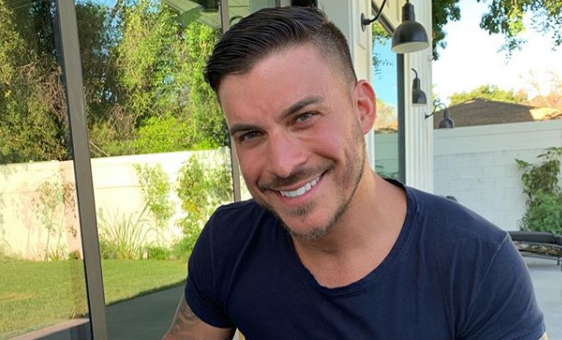 Jax Taylor of Vanderpump Rules recently talked to Hollywood Life about the new stars of his show. Like all good reality shows, the cast has to change every once and awhile to keep it fresh. Of the new people coming to the show, Jax threw a small amount of shade.

When it comes to the new people he said, “we don’t really allow new people to come in, just because we have such a history of all of us.”

That’s what the SUR crew has said from the beginning. They’re just really a tight knit group.

Taylor said: “We’re very close and we just don’t like people kind of breaking in to our circle, because we just don’t know what their intentions are. It’s nothing personal against these people, it’s just, we like our group the way it is.”

Our crew likes to live on the edge.. vegas!!

What Did Jax Taylor Have To Say About His New Cast Mates?

The SUR Bartender said: “I’ve only hung out with one of them; the other ones are extremely young, very naive to the whole situation. To me, some of them seem a little thirsty.”

That was the only shade Jax threw, so it was short-lived. He seemed to be okay with the rest of the cast. As fans have seen in the past, it takes time to get in good with the Vanderpump crew.

Jax Taylor said, “There’s a couple other people, but I have never talked to any of them. They’re kind of a little bit younger than me, so I don’t really have much in common with them. They seem like great people, but I don’t know them.”

Maybe, he rethought his thirsty comments.

Does The Reality Star Like Any Of The New People?

He may not be too sure about some of them. Jax Taylor said, however, they’re not all bad.

Jax said: “The one guy that I do really like is Brett. I think he’s an amazing guy. He’s a hard worker, he’s comfortable around all of us. It’s a very tough group to break in to, our group.”

He told Life and Style despite being a terrible bartender, he’s teaching Brett.

“He’s a YouTuber, but needed part-time money so he wanted to bartend, so I’m kind of teaching him a little about that.”

He also said one of the girls that is also new, is sweet. Her name is Dayna. He said, “I haven’t filmed much with them just because I stick with my core group. Nothing against them at all. They come over to my house for pool parties and stuff, but I just am very private. I don’t like to have anybody around me that I don’t know.”