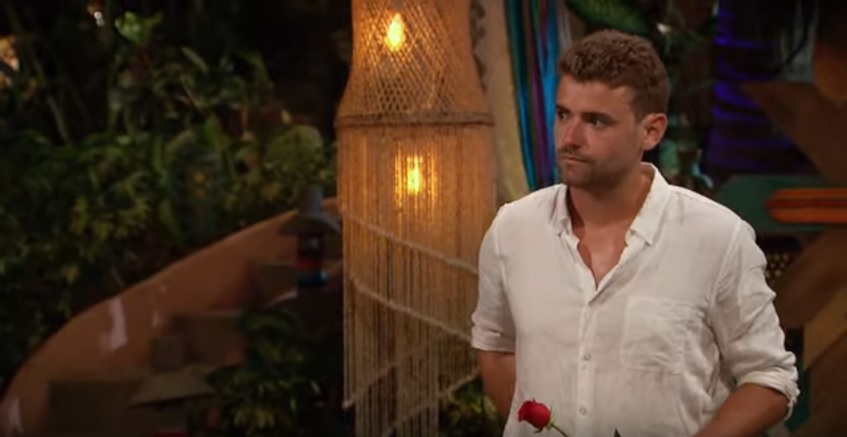 After making everyone think last week was the finale by declaring Paradise over, ABC is bringing the show back for its actual ending tonight. All the singles are gone; however, there’s plenty of tears among the couples who got to stay for their overnight dates.

Fans will see what happens on their last days on the island. Then, ABC will bring everyone into their studio for another tell-all. Chris Harrison will interview the contestants. And, more Bachelor couples will return for updates on their post-franchise lives.

If that’s still not enough gossip, the end of Bachelor in Paradise will announce the next Bachelor. Maybe it’ll be Luke S. after he got spurned on national TV last week. Fans still feel bad for him, even though he’s since said the show was edited to make it look worse than it really was.

Here’s ABC’s official preview for the finale, which again teases an engagement:

Obviously, the big question is which Bachelor in Paradise couples stay together. And, not just by the end of this episode. But, who’s still together when they’re sitting in the studio however many months later. The Bachelor franchise has a pretty rough track record when it comes to happy endings.

It’s no surprise that ABC is announcing the new Bachelor tonight, either. The network usually teases one show in the season finale of the one before it. But, who the lucky man is going to be is anybody’s guess. Here are our predictions.

Here’s how the network officially describes the finale, with some very dramatic teases in it:

For one couple, the overnight date proves to be too much pressure, and talk of their future together causes the man to leave and the woman to be left devastated. Is there still a chance for them to reunite and have a happy ending? The other couples greet the daybreak with a mixture of excitement and anxiety. Who will leave engaged and who will leave Paradise heartbroken?

When the Paradise residents reunite with Chris Harrison in studio, tensions will be at an all-time high. Will Christian and Jordan make amends or explode in another argument? How will Blake and Caelynn greet one another after their very personal confrontation at the beginning of the season?

Happy Paradise alumni couples Chris and Krystal Randone, Tanner and Jade Roper, and Evan and Carly Bass return. There is some exciting baby news, and what a story Jade shares about her recent birth at home!

In one of the most heart-wrenching split-ups, Tayshia ran after John Paul Jones after breaking up with him, only to have him say goodbye. What has transpired since that emotional day on the beach? One engaged couple will try and repair their rocky relationship right in front of the audience. Another pair looks like they will have their happily ever after, and yet another couple has a very special surprise in store.

And in one last surprise, the identity of the new Bachelor will be revealed!

You don’t want to miss how it all ends (really this time). Here’s everything that you need to know to watch Bachelor in Paradise online or live tonight:

Air Date: Sept. 16, 2019
Time: 8:00 p.m. ET/PT
Channel: ABC
Episode Title: “Episode 607”
Live Streams: You can watch online at the ABC website or via the ABC app. Hulu subscribers who have the Live TV option can also stream via Hulu.
On Demand: This episode will be available on regular Hulu and ABC on Demand, but only after it has aired.