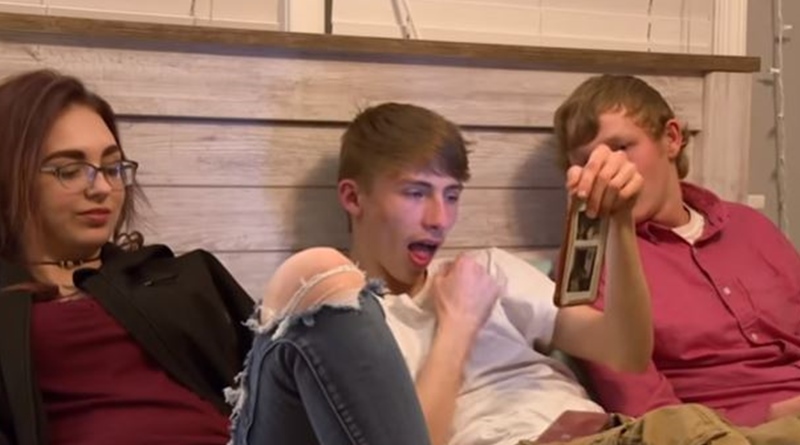 Unexpected Season 3 currently airs on TLC. The show brings us six young teen moms and their partners. As they’re young, it also involves a lot about their parents. Each set of kids and their folks face the life-changing fact that a new baby’s on the way. This comes with drama and controversy over the different ways the moms, the boys, and the parents react to the situation. It tends to get very complicated and often presents a drama-filled show. Of course, TLC excels at engaging the audience with drama-filled shows. But, in this case, they hope to do more than that. In fact, they partnered with Power to Decide to bring meaningful dialogue about teen moms.

The current season brings us returning couple, McKayla, 18 and Caelan, 20, who already have their son Timothy. Now, they navigate through another baby. On Twitter, the audience grows impatient with her as they feel she demands too much from her young man who’s trying to provide for his little family. Like many others, one fan tweeted, “Ohhhh and McKayla and Caelan saga is soooo draining! McKayla is a spoiled little brat who has a young kid doing everything he can do for her and she still isn’t happy.”

Then, we see Chloe and Max. Max can’t even go inside the home of Chloe’s mom. He’s struggling as he has a drug addiction and the possibility of a jail term if he falls flat on his face. Fans don’t like the way Chloe’s mom deals with Max. IBT reminds us the show also brings us, “Hailey, 16 and Matthew, 16;  Rilah, 16 and Anthony, 18; Tyra, 18 and Alex, 18; Tiarra, 16 and Dee,18.” All of them struggle through a lot of challenges of being teens and coping with parenthood. TV Shows Ace noted that we sometimes forget how very young these people are.

Say the words “hot mess” and the other TLC show, the 90 Day Fiance franchise pops into mind. There’s not a lot TLC can do for those consenting adults who tend to make some “crazy” choices. But, in the Unexpected scenario, they do at least try and approach it with another agenda. So, they announced that they partnered up Power To Decide. The aim of it, they explain is to “prevent unplanned pregnancy, to help open the lines of communication between young people and their parents, mentors, and champions.”

The campaign’s quite large and ranges through from preconceived ideas that teen pregnancies are “inevitable,” to “approaches to preventing unwanted pregnancies.” There are many more ideas there, like holding meaningful conversations and setting an example as parents. In fact, a pdf download’s available from TLC in the link in the Tweet below. Plus, they bring loads of useful links, hashtags to use and guides to discussion groups.

The resource is available for anyone. In particular, parents, teens, and families with a baby on the way can benefit from it. So, kudos to TLC for stepping up on this.

Teens say parents are the most influential when it comes to decisions about sex…so learn how to use #Unexpected to start important conversations with the young people in your life! See the discussion guide we created in partnership with @powertodecide. https://t.co/Wa8Pkl2yKh

What do you think about TLC partnering with Power To Decide to bring meaningful dialogue on teen moms and their partners? Are you happy that for once, TLC doesn’t just enable this behavior, and tries to make a difference? Sound off your thoughts in the comments below.

Remember to check back with TV Shows Ace often for more news about TLC and Unexpected.