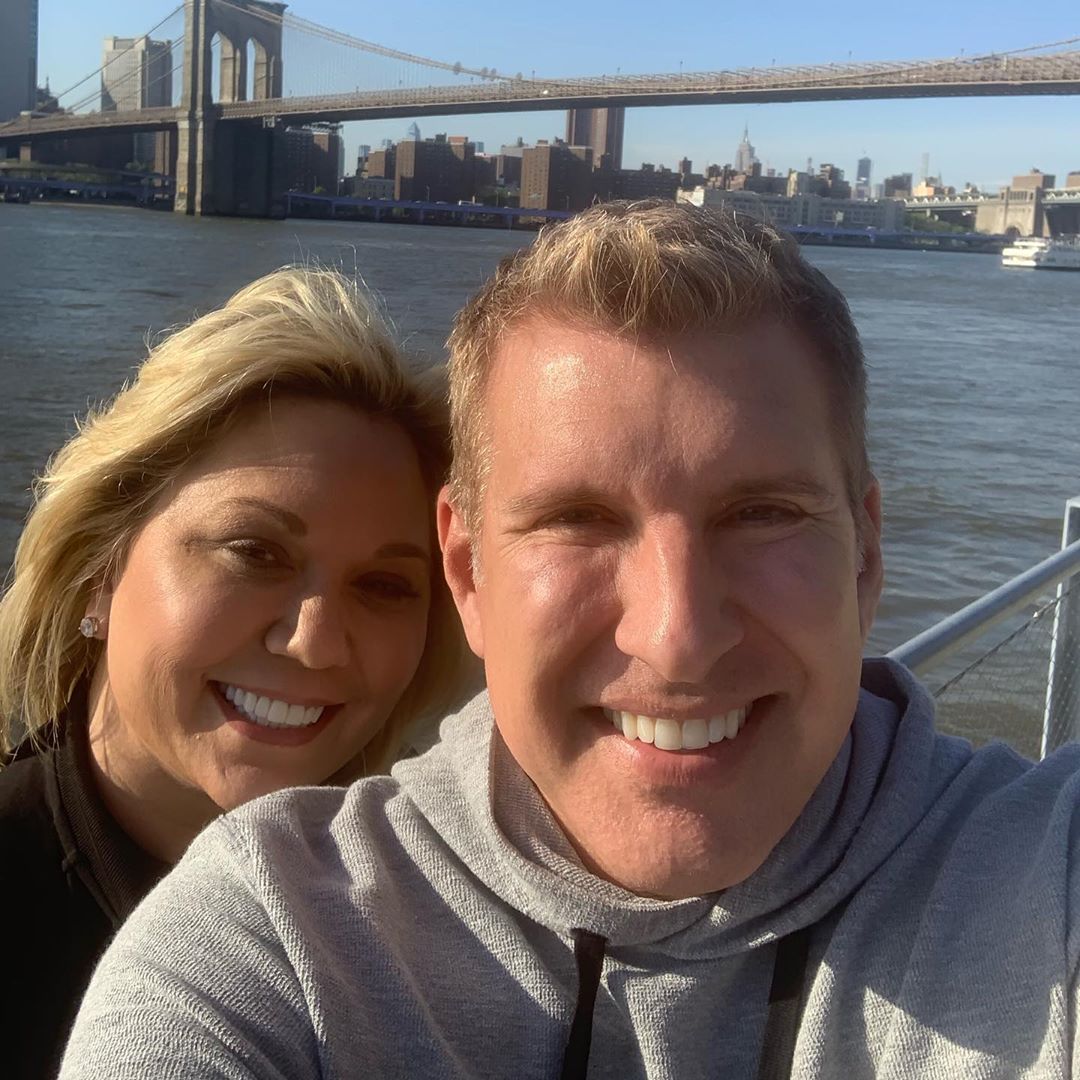 Todd Chrisley isn’t doing his public image any favors. In fact, he seems to make it worse with each passing day.

The 50-year-old reality celeb recently angered a good portion of his online fanbase when he encouraged followers to ‘forgive’ the terrorists involved in the 9/11 terrorist attacks. Needless to say, Chrisley fans and followers went on the attack.

In addition to his ongoing legal troubles, the famous reality personality is now killing his rep on social media. It’s hard to go wrong with a ‘remember 9/11’ post — but Todd Chrisley definitely missed the mark with this one. On Wednesday, Todd posted a remembrance photo of the Twin Towers on his Instagram with the caption “Forgive , BUT NEVER FORGET..” The celeb’s fans and followers immediately began showing their distaste and disgust for the concept of forgiveness in the comment section of the post.

The post has been live on the site for just over 48 hours and has already amassed nearly 500 comments – many of which are from users who aren’t keen on ‘forgiving’ those who they see as active in the planning and execution of one of the nation’s greatest tragedies.

Chrisley’s followers were not happy

September 11th is a day each year that plays on the heartstrings of most Americans in different ways – especially those who were there, victims who survived, people who lost loved ones and the thousands of first responders who came to the aid of the nation. The viewers who caught a glimpse of Todd Chrisley’s post – were quick to remind him of why forgiveness was not an option for them.

“Forgive? No, I will not forgive the monsters who murdered my brother and thousands of others” said user @lux.b26

“Why would I forgive a terrorist group that clearly wanted to hurt this country we will never forget but I will never forgive those animals that did this to our country.” added another.

Other readers expressed being against forgiveness despite their religious beliefs and doctrine that tells them they should.
“Really don’t get The forgive part of the post . I don’t hate anyone or race . But this was a terrorist act planned over a year earlier . It was a act of hate and against God’s people , killing thousands. Not a spur of the moment or manslaughter act . The United States was put in survival mode . So The forgive part , I understand and read my Bible , but don’t agree at all,” said one angry viewer.
“For me I’m not at the point of forgiveness. 343 Brothers will make you hang on to anger for a very long time. I do ask to Lord to help me with this burden.” added user @buck_rogers99.

According to celebrity news site The Blast, Todd’s wife, Julie Chrisley, also took a moment to pen a post in remembrance of the day. In an Instagram post that went live on Wednesday, Julie included a text graphic that read:

18 years ago today, 3,000 people would be spending their last night with their family. Think about that for a second.

Thank you @billrawlings for posting this. It made me stop in my tracks. #neverforget

Julie’s post is getting a far different reaction from fans and has in 2 days amassed more than 25.5,000 likes on Instagram and nearly 500 comments from fans across the nation sharing their thoughts, prayers, and memories of where they and their loved ones were when the attack happened.

“Thank you for that post. I still remember where I was when I saw the news and watched the horrific events that transpired. We should all take a moment and be grateful for today as we remember those we lost” commented one fan.

Will Julie’s post be able to balance out the backlash Todd is getting on social media?

Who knows. With the Chrisley’s you never know what will come next. It seems as though fans are responding with a lot more positivity to Julie’s post but whether that will draw attention away from Todd’s post is yet to be seen as both have had similar amounts of interaction on Instagram.

What do you think?

Where do you stand on the Chrisley 9/11 post-debate?  Do you think he made a major faux-pas or are viewers reading into it too much? Tell us in the comments, and make sure to check Tv Shows Ace daily for more hot celebrity news.