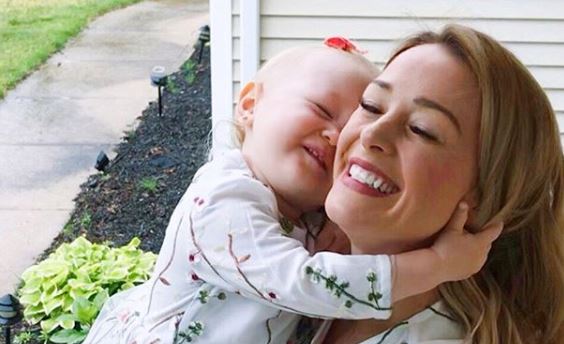 Any faithful viewers who think that the veteran pairs on Couples Couch have any inside edge or superpowers in predicting the outcomes on Married at First Sight Decision Day were proven wrong in the September 12 episode.  The “shock and awe” factor was in full force for Doug Hehner and Jamie Otis, Bobby Dodd and Danielle Bergman, Anthony D’Amico and Ashley Petta, and Keith Dewar and Kristine Killingsworth.  Even though Jamie Otis interviews all of the Married at First Sight participants for her Unfiltered preshow before each Married at First Sight episode, the first season bride of the reality show seemed riveted on every word, and her husband nailed one surprising outcome of Decision Day.

Like the Season 9 matches themselves, the Couch Couples let the wine (and champagne) flow for this episode, and the guys were just as emotional and expressive as their gals.

The pairs of Couples Couch joined in with the massive cheering section of fans for Season 9’s calmest and most conflict-free union, Greg and Deonna.  Cheers and toasts came from the sofas as he assured Deonna that he wanted to stay married.  His nervous looks left Doug looking worried, but the outcome was worth it all with Deonna’s decision to remain married, too.

Bobby couldn’t help but to comment on Deonna’s delightful mood after a few toasts.  Recalling his unforgettable Decision Day with Danielle, which included a beautiful ring along with his undying love, he also had another memory.  “You were hammered,” he told his wife.  She giggled, but never denied the observation.

The shock element came when Keith and Iris gave their decisions.  Anthony and Bobby were virtually positive that Keith would stay with Iris, especially after his praise for the woman she is, and all the ways that she “pushed me in ways I never imagined.”  “NOOO!” Bobby exclaimed from his Couples Couch perch. “She’s going to be crushed,” Dodd continued.  Danielle didn’t see how Iris would be able to spend her last night with the husband who decided to divorce her.  When Doug brought up the bride’s issues of maturity, Jamie protested, “she’s 27,” and further insisted that the purpose of the experiment was to “grow in love.”  Keith Dewar predicted from the other Keith’s body gesturing that he was going to bail, shaking his head.  Kristine was all in for Keith Manley and the Married at First Sight first-ever virgin.

Fans will be interested to know that a preview of next week’s “after Decision Day” reunion special shows Keith and Iris supposedly on good terms as “good friends,” but Iris still sheds tears.  She asks Keith several questions about their relationship, wanting to know what she didn’t do.  Keith confesses that he misses her.  When asked whether she would consider marriage to Keith again, Iris says yes, but with “marriage counseling.”  Faithful viewers will have to wait for the full outcome.

Now for the jeers

The Couples Couch erupted in a different kind of cheers watching Amber Bowles enter the building  for her Married at First Sight Decision Day announcement.

“She should just leave and let him come in to see an empty couch,” Danielle declared, but the other wives couldn’t wait to hear the middle school teacher let him have it.  Doug Hehner and Keith Dewar both had bleep-worthy words for Matt, and everyone was glad that Amber found her strength to speak the truth.  “I hope they’re not in the same car,” Anthony joked as Amber’s chauffeured vehicle drove away.

How are we feeling about decision day so far? 👀😬 #MarriedAtFirstSight pic.twitter.com/fuBDain50B

Bobby and Danielle were none too supportive of Jamie and Beth’s chances of saving their marriage.  The other couples saw redeeming signs, starting with how “dapper” Jamie dressed.  “She gave him that little squeeze” both Jamie and Kristine noted when Elizabeth came to take her seat.  Doug also observed that Jamie’s facial expressions and gazes were giving away his decision,  especially after Elizabeth declared that “I would be crazy” to walk away now.

The kisses and smiles did follow for the most simultaneously toxic and terrific couple on Married at First Sight.  The Couples Couch unanimously remarked how happy and normal Jamie and Beth seemed at their cookout.  No one was sad to see Matt leave early, either.

Tune into Lifetime next Wednesday for the “After Decision Day” follow-up with the couples, and see how the choices for love look now.