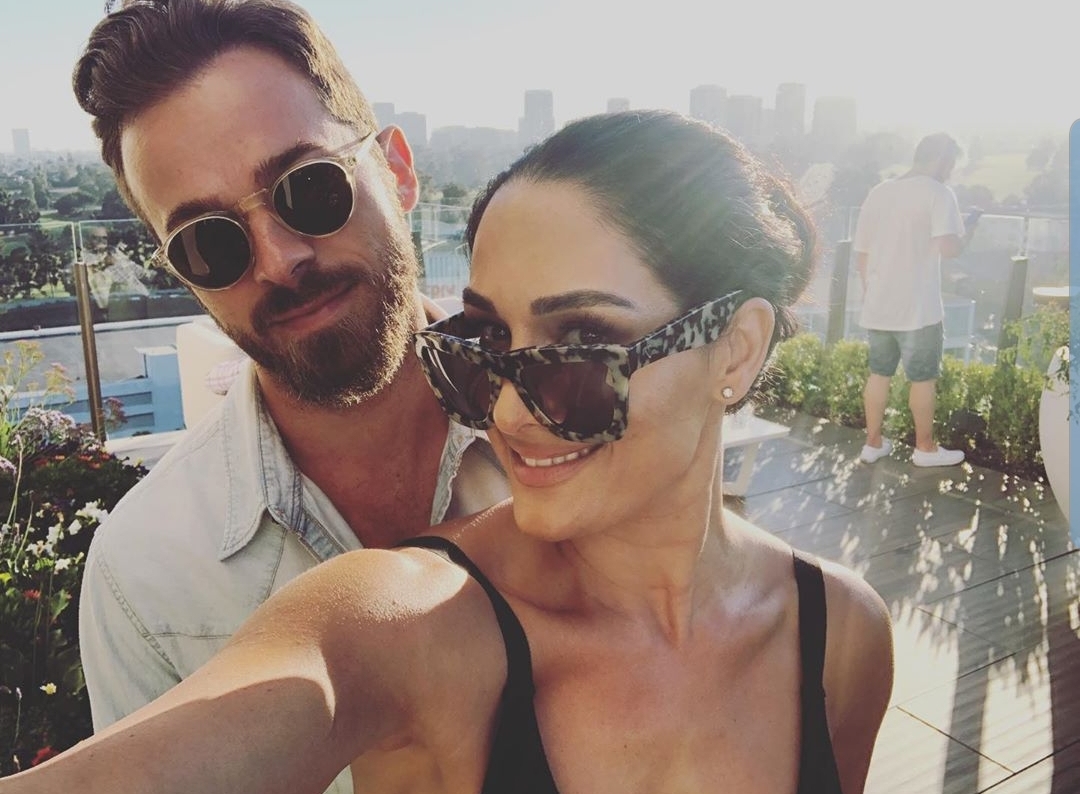 World Wrestling Entertainment Superstar, Nikki Bella, announced her relationship with boyfriend Artem Chigvintsev in March of this year following her breakup with fellow WWE Superstar John Cena. The Total Bellas star has had a rough year. Nikki had a long career in the WWE. She was a force to be reckoned with in the ring with a little “Twin Magic” help from her sister Brie. Nikki held the Divas Championship for a record setting 301 days to break the record. It seemed like there was no stopping the Bella twin. However, things just haven’t been going Nikki’s way recently.

Nikki and Cena began dating in 2012 and quickly became a WWE power couple. Their relationship was going strong as they announced their engagement in 2017 during WrestleMania 33. However, clashing views on marriage and starting a family created a divide between the couple. They eventually ended their relationship in mid 2018. The aftermath of their breakup was shown on Total Bellas earlier this year as Nikki moved out of Cena’s house.

Nikki was on her way to becoming the top Diva in the WWE as she made history every step of the way. Nikki began in the FCW before being drafted to the WWE with her sister Brie. The pair continued to dominate, but a series of neck injuries gave cause for concern for Nikki. She went in for a check up following a neck surgery. The check up did not go well as Nikki discovered she had a herniated disk in her neck. To make matters worse, she was also diagnosed with a cyst on her brain which forced her to retire in March of this year before going after the Divas Championship once again.

Nikki confirmed her relationship with Russian dancer Artem Chigvintsev this year and the pair look great together. Artem is a professional dancer who has appeared regularly on the hit series Dancing With the Stars. However, Artem was not invited back for Season 28. Nikki was shocked at this and recently announced she had plans to surprise Artem with a visit from his parents for Season 28 of Dancing With the Stars.

“He hasn’t seen his family in almost five years and I think that’s also why him getting cut on this season of Dancing With the Stars was really hard on me.”

Nikki spoke about Artem’s relationship with his parent and even joked about Artem being a “Mama’s Boy”. It’s a shame she couldn’t do this for him as it seems it was not an easy secret to hide.

“No one knew I was working on trying to get his parents here because his parents have never seen him dance live for TV.”

She made sure to let everyone know there were no hard feelings when it came to Artem not returning to the show. Nikki went on to voice her support to Artem saying,

“I’m so sorry my A. I know big things will happen for you. Their loss, I promise.”

Be sure to watch Total Bellas on E! Network and keep following TV Shows Ace.

Related: Is Nikki Bella Coming Out Of Retirement?