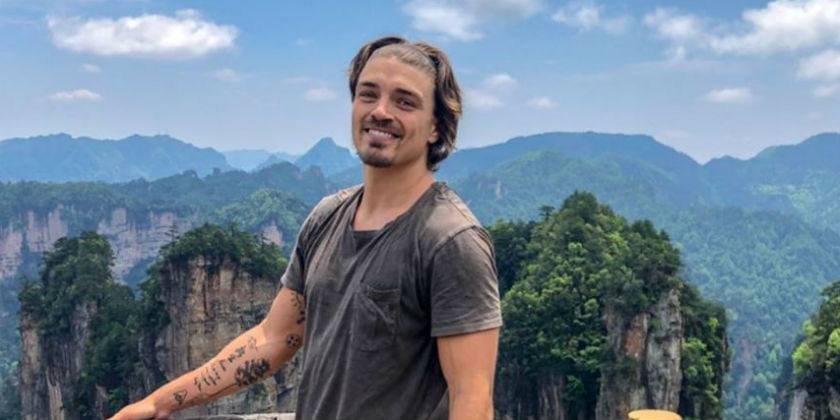 Bachelor in Paradise alum Dean Unglert hasn’t had the best luck dating women in the
Bachelor franchise. Dean is hoping his new relationship with Caelynn Miller-Keyes will change all that. Fans saw Dean leave the show, come back and then leave again with Caelynn. Once Dean won her back the couple left Paradise together before the season even ended. Now Dean is speaking out and sharing why he thinks this relationship will work.

Hollywood Life shared details of a podcast Dean was on in which he dished on his relationship with Caelynn. The podcast titled, Bachelor Happy Hour, is hosted by former Bachelorette’s Rachel Lindsay and Ali Fedotowsky. The podcast, which aired September 11, revealed that Dean feels less pressure dating Caelynn than he did with Kristina Schulman and Lesley Murphy.

Dean continues with his explanation by saying, “It was always kind of regarded as I was the lesser version of [my exes], and they were slumming it to be with me and how they were so much better than me.” He went to say, “The toll that puts on a relationship is kind of frustrating from my perspective, because what the public perceives and what the relationship actually is is misaligned. That’s not right. So there’s a certain amount of undue pressure that gets put on a relationship, and me specifically, when the entire world thinks that the girl I’m dating is slumming it to be with me.”

Dean went on to say Caelynn’s reputation on the show and being perceived as a “mean, catty person at times” relieved a lot of pressure he felt. He explained this is because it makes him feel as though he does not have to prove he is worth Caelynn’s time. Of course Dean backed up his explanation by saying he does not think of her this way. He did however reveal that she does have her moments and he points them out to her.

The history of Dean and Caelynn’s BIP experience

Just to recap, Dean and Caelynn hit it off quickly on this season of Bachelor in Paradise. Dean then decided he wasn’t ready for a serious relationship and left the show. At that point Caelynn met and began to connect with Connor Saeli. When Caelynn and Connor really started to hit it off, Dean returned to Paradise to try and win her back.

Caelynn struggled with who to choose. As it is known now, she ultimately chose Dean and the two left Paradise immediately to pursue their relationship. This week it was finally confirmed the two are a couple and are still together. The couple is now sharing photos on Instagram of their new found love for each other.

Time will tell if Dean and Caelynn will make it work in the real world, but so far they both look happy and ready for love.