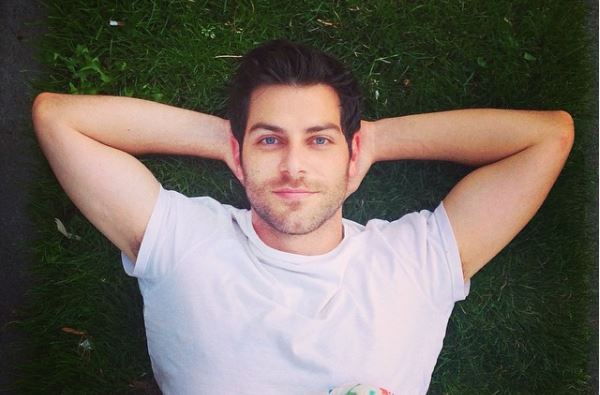 Fans are becoming more excited as we near the Season 2 premiere of A Million Little Things. Babies, new life, and family seem to be the big theme for the new season.

Hey Dad, we love you. #AMillionLittleThings

Creator DJ Nash has warned that many fans will be “upset” by the beginning of the second season. Nash also promises another completely different “mystery” to carry through the entire season. This is great news for all of you sleuths who came up with lots of theories for season’s 1 enigma surrounding Jon’s Life.

“I’m not really thinking, ‘Oh, what do the fans want? I’m thinking, ‘What would a person really do?’ And so the three or four moves that happen in our first nine episodes that I know will upset fans, it’ll upset them because they go, ‘Yeah, I know, but it hurts.'”

Many of the show’s viewers are anxious to see how Eddie, Catherine, and Delilah work out their situation. A portion of fans hope the baby is not Eddie’s because too many lives will be affected if he is the father of Delilah’s baby.

Nash has confessed that a character will die during Season 2. Perhaps it’s Barbara Morgan’s husband. Maybe he’s having complications due to September 11th. More and more first responders are dying due to lung and other cancers as a result of being at Ground Zero.

One fan speculates, “I wonder if it’s Rome’s dad that dies, and he can’t reconcile that he isn’t what his father wanted him to be.”

Or could it be that Regina finally agrees to get pregnant and miscarries their baby?

Here’ are the teasers TVLine has offered for the second season of A Million Little Things:

Even before the ABC drama gets to the death that series creator D.J. Nash recently teased, there’ll be plenty of bittersweet fodder for Gary & Co. — starting with the birth of Eddie and Delilah’s baby in the premiere. On the plus side? The blessed event represents a chance for Eddie to get a daddy do-over.

“He missed a lot of Theo’s early life because he was drunk, and he doesn’t want to miss any of this new life,” star David Giuntoli tells TVLine about Season 2 of A Little Million Things.

But, how will wife Katherine will receive the news? If, indeed, that’s what Eddie was poised to tell her at the end of last season — is another issue entirely. Rome, meanwhile, still wants to start a family, and Regina, despite being Delilah’s birthing coach, isn’t about to change her mind on the matter.

“It’s frightening to be with the love of your life and then to all of a sudden realize that you might truly be on different pages,” Christina Moses teases.

On a happier front, now that Maggie is cancer-free, she and Gary enter “the real honeymoon phase and the pressure that comes with doing day-to-day normal couple things,” Allison Miller previews.

“They’re going to have to get to know each other from the beginning all over again.”

PJ’s secrets will come to light this season.

“He knows a lot more about the group than he’s letting on,” Chandler Riggs teases.

New Characters To Watch Out For

Good Morning America medical consultant Jennifer Ashton will be playing herself during Season 2 which means someone is in need of medical attention. Will it be Maggie even though she is now cancer-free? Maybe her mom or brother, a new character being played by Jason Ritter. Rome for his depression? Delilah’s infant? Eddie and Catherine’s son? Actor Richard Kind will be playing an old family friend who has only just heard of Jon’s passing.

A Million Little Things Season 2 premieres on September 26, 2019, at 9 PM EST on ABC TV. There will be a total of 19 episodes, up by two from last year’s premiere season.

‘Sister Wives’ Janelle Brown Shares Rare Photo Of Her Father
‘Renovation Island’ Resort from HGTV: How Do You Visit?
What Does Jacob Roloff Do For A Living & Does He Still Live In A Van?
‘Fat Amy’ Is Out, Amy Halterman Identifies As Skinny Now: See Photos
‘Bachelor In Paradise’ Spoilers: Reality Steve Reveals Five Early Couples & Status