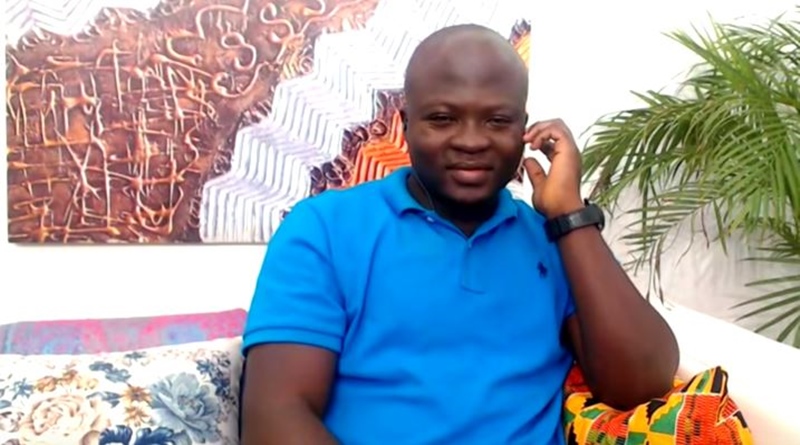 90 Day Fiance fans are quite familiar with Angela Deem’s boyfriend Micheal Ilesanmi. We saw them a previous season of the show and in the Tell-All, Angela exploded and freaked out. Now, they’re back in the current season of Before the 90 Days. Michael started his IG account back in June 2018. In that account, one of his first photos showed a flashback pic with a camera crew member. But, now it seems that the more than 12k followers he accumulated might be following a fake account.

The account, which is over a year old now, is not verified. But that’s not unusual with cast members new to the TLC franchise. What’s a bit surprising is that he only accumulated 12k followers after at least two seasons of stardom.  That’s not a lot of followers really, for stars in the show. Okay, granted it’s usually the American who gets more followers, but others do manage to rack up more than 12k followers. The account goes by the name of babakeke26_. Interestingly, according to Forebears.io, it’s a name from the Yoruba people of Nigeria, and most people know Michael’s from Nigeria.

Plus, numerous posts suggest that it is, nevertheless, Michael’s account. There’s even a photo from October 14, 2018, that supposedly shows a young Angela Deem. It’s the second photo in the post shown below. 90 Day Fiance fans responded saying, “Wow, Angela is so beautiful.” But by October 16, @leks_oosha commented, “Please beware this is a fake page.” The page actually states in the profile this is the account of  “MICHAEL ILESANMI BABAKEKE”. Plus it says “@90dayfiancetea Michael & Angela ❤️ #beforethe90days.” So, it might actually be Michael’s own page. But, it also notes, “Fans only! 🙏.” Additionally, a link in their bio goes to a YouTube channel run by someone else completely different from Michael.

The link in the bio actually takes fans of the 90 Day Fiance show to a YouTube channel named zaynee karmani. So, it looks like loads of people really think they follow Michael. But, it seems it’s not actually his account at all. In a post this week, the account shared clips of TLC’s 90 Day Fiance from episode 2, part four. Fans started commenting on how funny Michael is and how Angela Deem wants his body so badly. These followers come from all over the place.

But then, Instagram user account @D Adebayo spoke up saying it’s fake. Well, their IG profile says it’s the account of Clay And Porter Solicitors based in Milton Keynes in the UK. Their bio link takes you to a professional-looking website that reveals under the About Tab, that Dimeji Adebayo is an immigration law specialist. It adds that he “specialises in immigration law based out of our Milton Keynes office.” On the IG post where the immigration lawyer said it was a fake account, one fan asked for the real account for the 90 Day Fiance star. But he never responded.

An interesting point to note about the whistleblower lawyer

While so far, it looks like everything points to many TLC fans following a fake account, more points can be noted about the whistleblower this week. Adebayo is also possibly a Nigerian name. According to Thenamemeaning.com, it is also used in other countries. In Nigeria, it generally means “Born in a joyful time.” They note that as it’s also used in some other African countries where it doesn’t always mean such good news. But, the name’s common in Nigeria and is of Yoruba origin. Maybe this lawyer in the UK knows Michael or his family.

Something else to note is that Michael Ilesanmi’s real name is Kehinde Ilesanmi, according to Reality TV World. Actually, running a check for that name brings us to a Facebook account. That account notes he “Lives in Ojo, Lagos State (Nigeria).” His latest post on the account with about 1.5 followers shows him and Angela Deem from 90 Day Fiance. He captioned it with, “Classic Moment… 😀😀🤗🤗. With my boo boo. Tbt#.” He tagged it as being with Sjya Rae and Angela Deem. The tag takes you to a page with over 10k followers that looks like Angela’s Facebook.  But, it should be noted that this Michael page does not show Angela as a follower – so it’s possibly a fake account as well.

What do you think about all these accounts and whistleblowers saying Angela Deem’s Michael Ilesnami’s IG is fake? Do you know his real account? Sound off in the comments below.

Remember to check back with TV Shows Ace often for more news about the cast of  90 Day Fiance.